Warm up the weekend with this hearty, tasty chili

For years, I’ve considered you the epitome of cuteness, the pre-Aaliyah “homegirl wifey” type. Your beautiful smile, “chill” persona and “baby hair” were things of beauty, mirroring my teenage fantasies of the perfect girlfriend. I still remember you and your bandmates of TLC in the “Baby, Baby, Baby” video…oooooooh how I wanted to be that teddy bear.

However, I regret to inform you that since I began using beef short ribs in one of my favorite cold weather stews, you are now only my second favorite “chili”. On the other hand, if you would like to challenge this outcome, I’ll gladly arrange a “Battle of the Chilis” at your convenience. 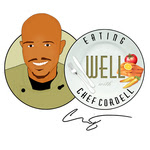 But on a serious note…a bowl of warm and hearty joy, chili has many stories regarding its origin. Some legends suggest the recipe was spiritually given to Sister Mary of Agreda of Spain after an “out of body experience.” Others say that 18th-century settlers from the Canary Islanders to San Antonio combined peppers, onions, and meat to create it. The earliest written description of the dish is from a Texan named J.C. Clopper in 1828, describing it as being created by San Antonians out of a need to make meat stretch, then combining it with peppers to create a stew.

According to historians, Mexican-American women known as “Chili Queens” began selling “chili” in San Antonio by the late 19th century. By the early 1900s, and for years after, chili parlors became extremely popular all over Texas and other states. Several places, including Texas, California and New Mexico, lay claim to having the best chili, with the Lone Star State going so far as to have it named the official state food.

Everyone has their own way of making it. Some use game meat (deer, lamb, etc.), while others use ground beef (grass-fed), chicken or just vegetables, and with, or without beans. If you like beef short ribs, check out this version:

Remember, recipes are guides, so adjust as you see fit (but keep it healthy)!

1 can kidney beans rinsed and drained

Roast the garlic head: peel the outer skin from the garlic head, leaving the cloves intact in their casings. Peel gently and carefully to ensure no garlic cloves separate from the head. Slice the top part of the garlic head off, leaving the cloves exposed. All the cloves need to have a small portion exposed to roast properly, so check around the edges and slice off any additional clove tips as needed. Place in a small pan, exposed face down, and add enough olive oil to coat the bottom of the pan. Cook for 25 minutes (until tender), then take out of the oven and let cool for 10 minutes. Remove the garlic cloves by squeezing the head from the top, then smash with a fork.

Heat a large ovenproof pot to medium-high; add the oil. Add ribs, in batches, and brown the meat on all sides; when done browning remove the ribs and its juices from the pot and place in a bowl. Turn the heat to medium and add the onions, garlic, bell peppers, chili powder, cumin, cayenne pepper to the pan, cooking for about 5 minutes (or until the onions are translucent), stirring occasionally (scrape the bits from the bottom of the pot). Add the broth and bring to a boil. Add the pureed tomatoes and ribs and bring to a slight boil. Reduce the heat to low, cover and cook in the oven for about 2 1/2 hours, or until the ribs are very tender.

Remove from the oven; tilt the pot and spoon off the fat. Take out the ribs, place on a cutting board, and cut the meat from the bone; chop in small pieces. Add the meat and beans to the chili, adjust the seasonings with salt and pepper, and serve.

The New You: Dating, Sex, and Relationships

The Curse of Audrey Earnshaw

Shelley Stepanek -
0
One of the best neighborhood places around with a sports bar, TVs, a friendly dog patio, pool, darts, and beer pong.
An online magazine for every age and culture bringing not just news, but articles that cover entertainment and lifestyle while also highlighting everyday people in communities around the world. We aim to inspire and celebrate real-life humankind with stories that matter and bring positive and feel-good vibes with a touch of tears and smiles to the reader.
Contact us: info@nsaen.com
© Copyright 2019 | Designed and Developed for NSAEN, LLC