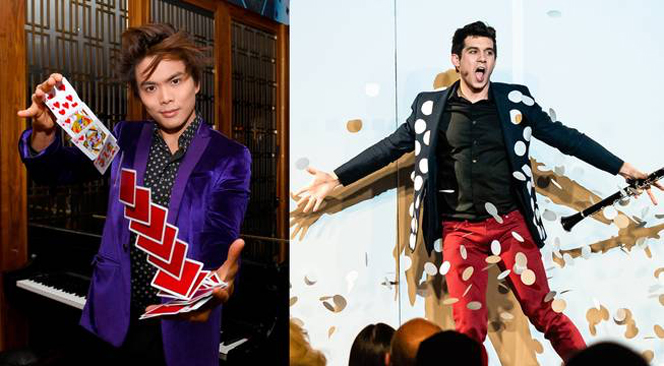 Shin Lim, left, and Xavier Mortimer have been collaborating on magical content for social media.

This article is thanks to Las Vegas Magazine

That video, viewed more than 85,000 times, is just one example of our local illusionist community keeping busy during the Vegas shutdown and sharing the fun online. Franco has turned his “Magic Reinvented Nightly” show at the Linq into “Magic Reinvented Weekly,” an interactive live streaming performance Wednesdays on Facebook and Instagram. Planet Hollywood headliner Criss Angel has been posting memorable clips from his “Mindfreak” TV show on his social accounts and Murray SawChuck, who already had 1.6 million subscribers on his Magic Murray YouTube channel before COVID-19 put a halt to his dual gigs at the Tropicana and Luxor, is teaming with his co-star Douglas “Lefty” Leferovich to perform and demonstrate how you can do some magic tricks at home later this month on Facebook and YouTube.
“I’ve always put stuff on social media just to connect, and I always try to do one [post] a day although having a show in Vegas makes it tough to multi-task” says Shin Lim, the headlining magician at the Mirage. “Since closing the show I have a lot of time to make content [for social media] and create new material for the show. I just don’t want to waste the time.”

Lim has been posting performance clips of some of his favorite international magicians, hoping to expose their artistry to his own audience. He’s also making videos of quick tricks and collaborating with Mortimer, whose “Magical Dream” production plays at the Magic Attic at Bally’s Las Vegas.

One of their masterfully edited videos has both magicians seemingly passing objects back and forth during a video call before Lim traps Mortimer on the other side of the computer screen.

“It took us around four hours to put it together, doing so many retakes. Those loops are tough to line up,” Lim says of Instagram videos that appear to circle into themselves infinitely. “I’ve known Xavier for a few years now. We first met at a convention in Switzerland and performed there together, and we’ve done a lot of show together. He just introduced me to Tik Tok.”

Mortimer, who celebrated 1,000 shows as a headliner on the Strip in January, had been surging on social media just before the pandemic interrupted everything.

“It’s funny because I was not on social for a long time. I’m a live performer, I like live performance and I really do what I do for a live audience,” he says. “I only recently took up the challenge of trying to create things for social media and change my vision and perception of magic and how I can be more creative. Now that I’m stuck at home, I have no other choice but to do videos and rethink my magic and how I can do it in other ways.”

Like all of us, Mortimer had a difficult initial transition to quarantine life.

“I had one or two days where it was kind of like, I don’t want to do anything, I’ll just wait for this to pass, but then I knew I should keep [active],” he says. “This is not a job you can do if you’re not passionate. I can’t live without being creative. The essence of our job is that we do it because we love it.”

Mortimer has gone from creating videos where he’s doing tricks in public and getting the reaction from a spontaneous “audience” on the street or inside a Target store, to pranking his girlfriend with magic at home. He says just because he no longer has the “wow factor” of audience reaction doesn’t mean he can’t make his magic look real.

“You have the craftsman part and the entertainer part, in front of the audience. My craft is what I do with magic tricks, building illusions I can perform in front of a camera or an audience and then releasing that to the public when I go out to perform. That part is gone now, but the craftsman inside me has awakened now.”

Lim could certainly be characterized as a craftsman. He’s spent his career developing unique, theatrical sleight-of-hand routines that won him two titles on “America’s Got Talent” and earned him his own Vegas residency.

“I always view social media magic very differently, even before the coronavirus,” Lim says. “The way it’s portrayed and built is always very different from real-life performance. What works in social would rarely work in real life and vice versa. Online, it’s got to be fast and different and dynamic.” 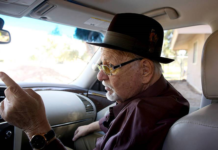 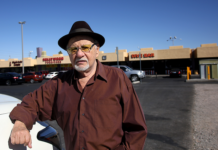 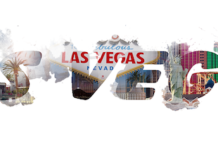 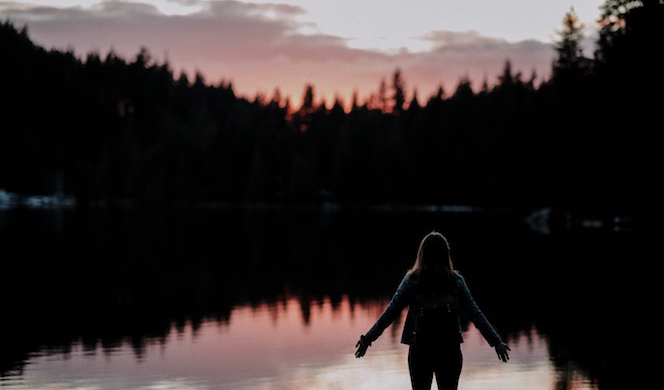 As the Soul Heals

Mike Aloia -
0
Aspects of life hidden inside the whispers of a morning breeze are felt as we cry out to our creator asking for the reasons why.