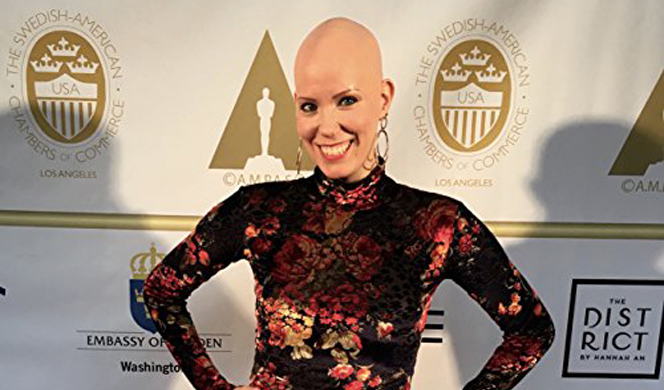 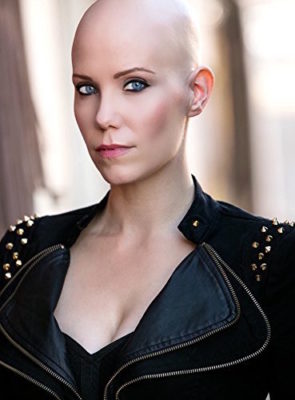 Swedish born actress Jannica Olin lost all her hair three years ago due to the autoimmune condition Alopecia. Rather than letting that stop her from pursuing a career as an actress, Jannica embraced her new look and is now finding success in films and theatre often playing deliciously mysterious and even villainous characters.

“Losing all my hair was of course devastating and for a while, a very lonely and anxious time,” says Jannica. She goes on to explain that Alopecia does not mean she is sick. “My immune system treats my hair as if it’s not a part of me. That’s it. I actually have a stronger immune system because of that and rarely get sick.” “It’s been a process for sure, but there were only two options available to me; either resist or accept. I accepted and embraced my new look and it was so freeing and powerful to do that. I have learned that you never have to quit your dreams, unless you choose to. By truly embracing who you are, for everything that you are and for everything you are not, you are opening up the space for amazing opportunities in your life.”

That freedom and newfound power has led Jannica to more work and a lot more interesting characters.

●  Jannica is part of Just Fix It Productions’ latest immersive theatre production, The Willows. She plays the role of Deirdre, the maid of the household. And of course, there is more to her than meets the eye, as with all members of the family. It all gets revealed throughout the course of the evening in this sinister family secret horror microgenre. The Willows has garnered rave reviews in The Hollywood Reporter, Entertainment Weekly and Blumhouse and tickets to the show sell out fast.
●  Last fall , Jannica performed in the highly acclaimed show CreepLA. This is Just Fix It Productions’ main production taking place during the fall each year. CreepLA has drawn the likes of Anna Kendrick, James Franco and Vanessa Hudgens. Inspired by cult horror films and influenced by productions like Punchdrunk’s Sleep No More, CreepLA allowed Jannica to create a deliciously creepy character that would leave audience members a little… disturbed.  ” [CreepLA is] a very skin-crawling evening of people you would never like to meet. But you’ll want to.” – Things To Do In LA
●  In the action thriller The Fast And The Fierce, Jannica plays the lead role of Alexis, a flight attendant who isn’t quite who she seems to be. The film is written by the award winning Scotty Mullen (Sharknado 5 and Zoombies) and produced by The Asylum (SyFy’s Z- Nation). The Fast And The Fierce is available on Amazon, DVD and Video On Demand.
●  This year Jannica was nominated by The Los Angeles Business Journal for their annual Women’s Summit. It is an event designed to recognize and honor outstanding professional women who have made significant contributions to their professions and the Los Angeles community.
●  The British scifi film noir, Third Contact, has been picked up by streaming giant, Amazon. The film premiered at IMAX in London in 2013 and was followed by a tour of screenings around Europe and North America. Jannica plays the lead role of Erika Maurer, who ends up bald at the end of the film. “ I had to squeeze all my hair into this bald cap and it was so much work to get it on. I remember saying that there was no way I’d ever shave my hair off, for anything.”  At the time of the premiere of Third Contact, Jannica had just been diagnosed with Alopecia and were hiding a few small bald spots. Over the next few months, she had lost most of her hair. “What is funny and ironic, is that last year I was cast as the lead in “The Fast And The Fierce”, and the amazing writer, Scotty Mullen, included my baldness towards the end of my character’s life. So both these feature films that I play a leading role in, has me end up bald. It is a total life imitates art imitates life type of situation.”

About Jannica Olin: Jannica Olin is an actress, working in film, theatre and commercials. A graduate of the prestigious Neighborhood Playhouse in New York, Swedish born Jannica has also lived and worked in theatre and film in London, UK. 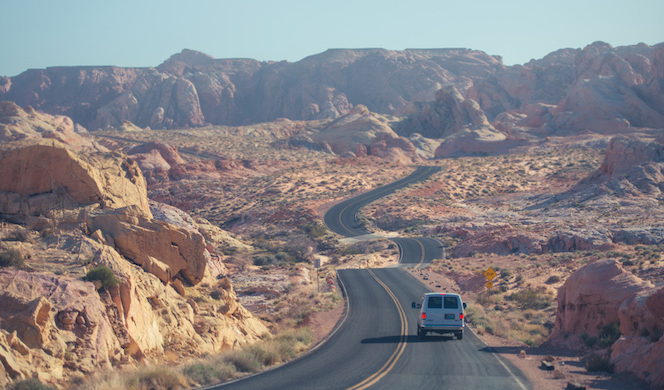 Fuel You Will Need

Mike Aloia -
0
As the wheels roll down the highways of our spinning minds, around the twists and turns of scenic routes inside the GPS of our souls...