Take A Peek Behind the Scenes of an Up and Coming Original Series: All About Manos!

Shot in Los Angeles, All About Manos is a dark comedy about obsession and finding your true love at any cost.

From the creative minds of Catherine Natale and Eden Young comes a new webseries, All About Manos!, which is set to launch in the new year. Catherine and Eden are the creators, writers, Executive Producers, and two of the main stars of the show. They have worked hard on this project and are thrilled to see it come to life.

How it all began:

Catherine Natale and Eden Young wanted to write a few scripts about a story that Catherine had witnessed in New York about a wonderful woman who had a strong fascination/obsession with a guy named Vic Manos. Yes, this is a true story.  One date with a kiss in high school is all it took and Geraldine’s constant hunt to claim her love for Vic Manos was on. Her brash, loving, calculated plan to convince him she was the “one” went on for years. In the series, the journey begins in Jersey City, New Jersey, and ends in Los Angeles, California.

Eden Young plays Geraldine Santini and Catherine Natale plays Jane Spot, Geraldine’s best friend, BFF, her partner in crime since high school.  “Jane” is a lonely, upper-middle–class hoarder/kleptomaniac who must, at all costs, collect things trying to fill a void in her life and marriage. Catherine Natale thought that it would be fun to co-write with Eden Young, co-produce this series, and may we say, together, “star” in this crazy tale. Eden and Catherine have known and worked with each other for many years.  Their love for dark comedy, crazy, bizarre characters is what attracted them to the idea for this new series.

Getting a team together and the right director was key.  Danny Herb who has directed Two Guys & One Truck as well as the PBS show, Lishy Lou & Lucky Too, came to the project early on, helped build a strong team, and directed all of the episodes! Danny Herb is also co- producer of this show, along with Mario Ricardo Rodriquez as Director of Photography, Mike Dones as first AD, and Tessa Philbrick creating the characters’ world in set design.

Eden Young, just finished doing a play in Los Angeles called The Cross Over, a brilliant dark comedy by Eugene Butler, where she morphed into four different characters. Catherine Natale can be seen in character roles in award-winning independent films such as Wheels, Burlesque, Killers at Play, Beyond the Pale, Trees Lounge with Steve Buscemi and many other films and TV shows throughout the years.

With a shoestring budget this show was shot in four days with a dedicated, talented crew and cast. Now in post-production, three episodes have been shot and edited by the talented Peter Papageorgiou, who is also doing the show music.  Musician Rob Valle, who will do the ending, has composed a song called “No Way,” a loose interpretation of the song “One Way or Another.”  This is an Allegra Productions, Maxpetals Productions, and Rise Motion Picture project.

A trailer and episodes will be launched 2017!  Stay tuned! 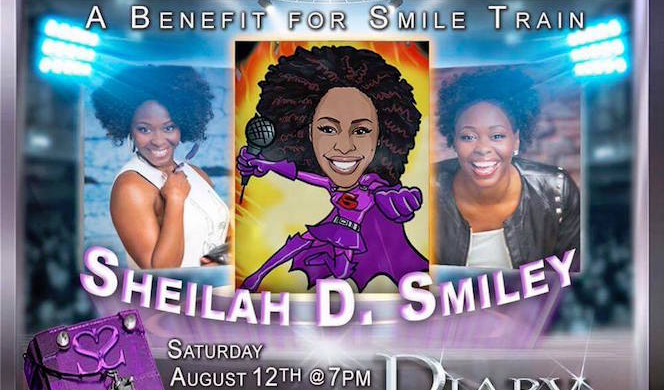 An Interview with Entertainer Sheilah Smiley

Brian T Shirley -
0
1) Sheilah, tell me about your amazing journey to becoming a well-rounded person and entertainer.   Brian, have you ever seen the movie Wrong Turn? An...