A Great Place To Film & Home of the Mississippi Bulldogs! 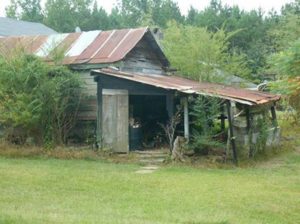 A couple of days ago I was sitting at a table in the patio of a well–known celebrity hangout in Los Angeles when I overheard a conversation between a producer and director. “Cal just called and said, “We’re thinking about shooting in Mississippi.” The director responded, “Well, he is from Mississippi.” At that moment, I wanted to shout out, “the best years of my childhood were summers in Mississippi.”

My father was born in Sturgis, Mississippi, just 20 miles from Starkville, home of Mississippi State University. It is a small town with a population, if you include the livestock, of about 200 residents. There you will find proud folk who boast their allegiance to America and all the country stands for or stood for. I would guess that about 90% of its residents have a picture of Dr. King hanging next to photos of relatives in military uniforms. 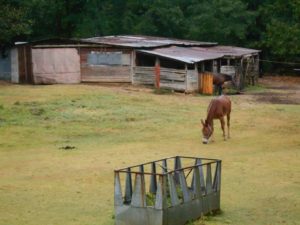 There were sixteen children in my dad’s family, including three sets of twins. Most of them would eventually leave Sturgis to start new lives in Chicago. But they were an extremely close family and would always return “home” to their roots.

I, along with my brothers, sisters and cousins spent most of our childhood summers in Mississippi. I always looked forward to seeing my grandmother whose front yard was full of pink hydrangeas, a few rose bushes, and a fig tree. There were also peach trees, apple trees, a vegetable garden, a black walnut tree, and a field of corn. I can picture vividly the well by the side of the house where we took turns filling the bucket with water for drinking, washing, and cooking. Oftentimes, we would fight over the two porch swings where we listened to our grandmother tell stories from the bible and of her one and only trip to California. She would describe with excellent recall the many types of flowers she encountered.

We were extremely close and respectful of our aunts and uncles. Always “yes ma’am,” “no ma’am.”   My grandmother’s brother, Uncle Johnny was known as a hoodoo doctor. He was 60 years old when he married my Aunt Sara, adding 6 children to my list of cousins. Luck, love, health, prosperity, revenge, and protection from enemies and evil spirits was his expertise.

When my sister’s first car was stolen in Chicago, he said it could be found in Alabama. Strangely enough, the car was found in Alabama, as well as her first boyfriend. For me, Mississippi was a world of open-air freedom, a chance to explore the woods without fear, and to smell the scent of the tall pine trees, or go with my grandmother to the garden to pick peaches while she held her apron open to collect the fruit.

This was a time when we were innocent children who were sheltered by love from the harsh realities of the Jim Crow south. Although my grandparents were poor, they owned their land, they grew their own food and were proud that their grandchildren were able to enjoy the privileges of an education that was not available to them.

Mississippi has always been a thriving mecca for talent. The State can certainly boast some of the best musicians in the world and some of the greatest writers. They knew how to read, but more importantly, they knew how to write. My grandmother could not only recite most of the Bible, but she was also a master at interpreting it. She once told me the Jews were not “bad” people, they just couldn’t get past the Old Testament.

The last day of school usually meant packing for an adventure much more fulfilling than three weeks at summer camp. Although Mississippi is the beginning of the belly of the south, they still have four seasons. The winters are mild and snow is rare, but the air is cool enough to remind its residents to be thankful for those few months because they know the summer sun is coming and it is going to get hot. They would describe it as hotter than a coon dog after a Saturday night hunt, to use a metaphor. In Mississippi, a bed is usually a flatbed, as in pickup truck. Today, every family I know in Mississippi owns at least one truck, or at the very least an SUV because they like to carry stuff! Tools, wood, scraps, Wal-Mart bags, they all go in and aren’t hurried out.

I have come to realize that my love and appreciation for the summers I spent in Mississippi put me in touch with the hardships and reality of life through a warm sense of humor. Nobody seemed to know or care about what the rest of the world was like from that porch swing. My parents and grandparents did know, as they faced the realities of an unjust environment while navigating through a land of a backdrop of beautiful Magnolia trees, Wisteria, and the remainder of the cotton gin that promised a future to the elitists.  I listened to my wise great-aunts and uncles talk about their circumstances with a sense of humor; their storytelling capturing a broader message, the one that looks inside your soul and asks the dark question that nobody wants to admit. They knew that land and a good education were an introduction to the pearly gates. That land was a part of them even as the agrarian society faded, they knew where they came from and didn’t want to go back.

Faulkner told a good story, but my grandmother was pretty good too. While people from all over the world regaled in The Long Hot Summer and The Big Sleep, I experienced the rural world, if only for a couple of months a year and the conflicts that divided those of color and the colorless.

A walk through the small towns of Mississippi today would remind you of the past in many ways. So many buildings and roads and customs have not changed, but the people have. Once a segregated society, people of all races and creeds who live in the same communities are friends who eat together, work together, and play together. Mississippi’s newfound tolerance is a contrast from forty years ago and a testimony to the love of the human heart. 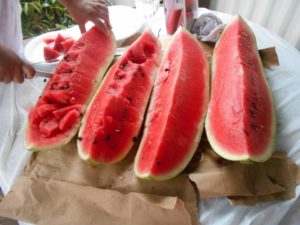 I loved my visits to Sturgis because I didn’t have to wear shoes and I could roam the woods.  Today I can roam about in my Nike Lunaglides exploring the piney woods and the northern hills of a region that is rooted in custom and religion, and even some superstitions.

Driving from Chicago to Mississippi through the Delta region was always a special treat. As a black man in the 60s my father could be stopped at any moment, accused of breaking a law, going to jail, or paying a hefty fine that never reached a government office. But it is the most fertile farmland in the world and is the home of the Blues, the root of all modern music. The Delta is a region of people who are true and honest and self-reliant. After Katrina, the world now knows how much the coast residents are filled with love and strength and without a complaint, they keep moving forward at all costs.

My love for Mississippi is rooted in the fact that it was such a contrast to the cold gray sidewalks of Chicago. I felt the presence of something special because I was brought up with the belief that ancestral pride was the only link to your destiny.

At one point, I even related to Elvis Presley because he came from Mississippi. Only Elvis could go on stage in front of national television and gyrate his hips in the 1950s. He got away with it. He was just a small town American boy that wanted to “boogy”. And did he ever. Now the King of rock ‘n’ roll, there is none more widely known and loved all over the world, even today, than Elvis. Yes, I did come to love James Brown but he was from Georgia, not Mississippi.

Mississippi can boast of legendary artists like BB King and Muddy Waters, African-American blues musicians, who could produce a form of music that was so raw and so pure in both its rhythm and lyrics, it could make you laugh and cry at the same time.  They once sang only before African-American listeners but Europeans discovered the sound and it spread to the rest of the world, even influencing such greats as Bono of U2. And of course, I cannot forget the legendary iconic sports figures – Jerry Rice or Walter Peyton who had a kind of grace that made them look like they were floating as they raced across the football fields with the bright lights and huge crowds in the National Football League. Morgan Freeman with his soothing voice and easy-going style that graces the big screen. Need I say more?

The history of Mississippi is laden with ordinary people who have done what everybody else seemed to be doing in extraordinary ways. In recent years, there have been vast improvements in race relations and job growth. Hurricane Katrina ravaged the Gulf Coast, but it did not break the spirit of the residents of Mississippi.

My dad left Mississippi in his teens for a richer life, a better education for his children, and more opportunity. But as James Douglas so eloquently expressed, “Our deep respect for the land and its harvest is the legacy of generations of farmers who put food on our tables, preserved our landscape, and inspired us with a powerful work ethic.

I love Mississippi and can’t wait to film there.