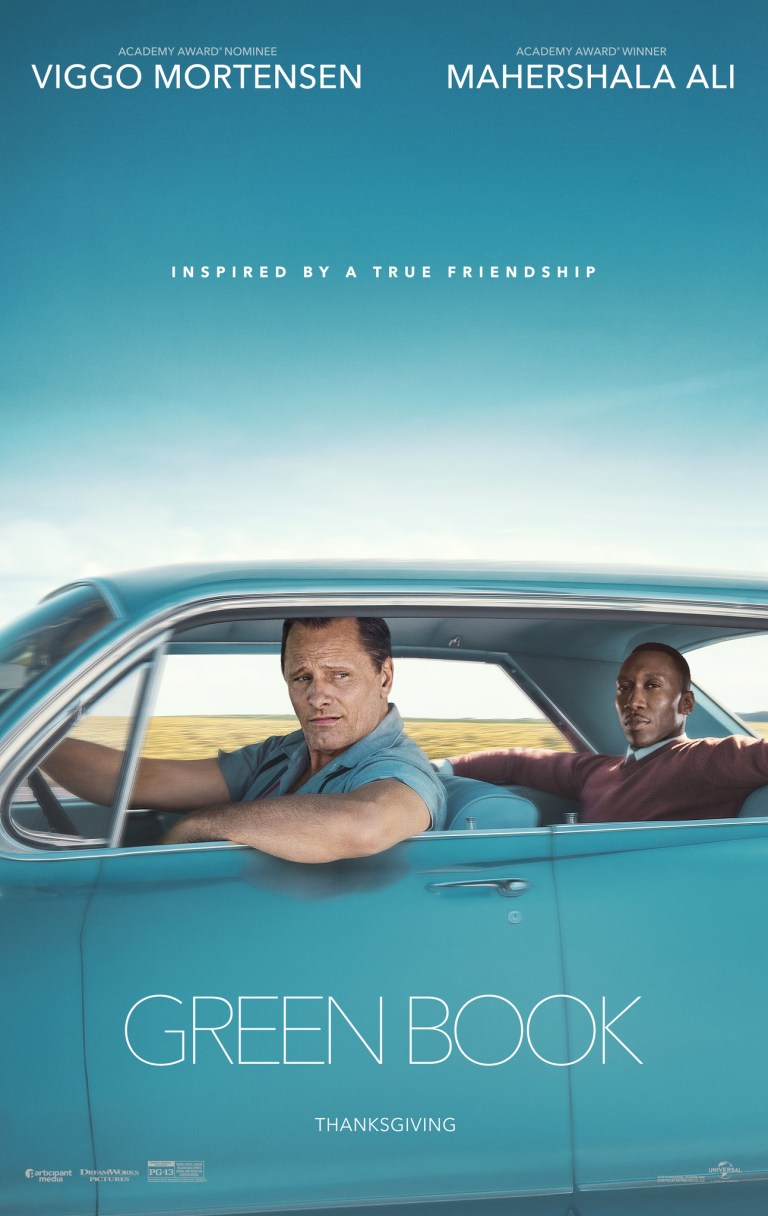 SIDE BY SIDE ON MY PIANO KEYBOARD

It’s getting to be the holidays, which means it’s time for splashy Hollywood blockbusters that conjure up familiar names like JK Rowling and DC Comics. At the same time, all the potential Oscar nominees hit the theater. Sometimes there’s a crossover and a film can be both a money and awards magnet. I hope Green Book can pull that off.

Director Peter Farrelly of the Dumb & Dumber movies is venturing for the first time into dramatic film and he has a light touch that makes Green Book a very accessible movie, which is why I think it could reach a large audience. But without any huge Will Smith or Dwayne Johnson topping the bill, it still has some work to do to get there. I fear that Farrelly’s light touch will also be misconstrued as soft on the subject matter (racism, among other hot topics). But there’s loads of work in the highly entertaining film that is worth nominations, so let’s get to it.

Viggo Mortensen plays Tony Lip, a N.Y. City Copacabana night club tough guy. You need a troublemaker thrown out of the club, Tony’s your guy. He’s offered a job by a smooth and reserved black pianist named Dr. Don Shirley – drive him around the country for his national tour. Oh, and they’ll be going to the deep south. Oh, and it’s 1962.

The Green Book of the title is a guide for African-American travelers to help them find friendly establishments in the segregationist south. Tony and Dr. Shirley hit the road and you can see all manner of tests of their relationship and expanding of boundaries coming. And it works!

The anchor for the film’s success is in the two leads – Mortensen and Oscar winner Mahershala Ali (Moonlight) as Shirley. Mortensen turns on the Italian guy-isms but somehow grounds them in a real person. He did the same thing with his character in Eastern Promises. He went full-Russian, but you bought him. That characteristic in Mortensen is crucial here as Tony Lip could’ve been all-Sopranos, no substance, but Mortensen makes him layered.

Ali may have an even harder job as Shirley. Tony demands your attention with his outward bravado where as Don Shirley is withdrawn (the reasons why unfold surprisingly) and invites the audience to come to him, peeling away layers as the road trip goes on. He certainly changes much from the first moment we meet him, in his fortress-of-solitude-like apartment above Carnegie Hall. Ali brings the class, the vulnerability and the impressive piano-playing to his character and he’s compulsively watchable.

Farrelly and co-writers Brian Hayes Currie and Nick Vallelonga (son of the real-life Tony Lip) start with a very well-structured script. Each stop along the road trip is its own quality scene, from Shirley’s run-in with racist locals to Shirley helping Tony write love letters to his wife (another welcome performance by Linda Cardellini) and each scene follows the previous nicely with many surprises along the way.

I can tell you now the gripe with this movie, if critics are to have one, will be that it’s a little surface-y with its take on racism and segregation. True, it doesn’t go full-Mississippi Burning, but if you read the script, and even if you were told the real-life story of Tony and Don, you’d see that’s unnecessary. Best to let these two actors have a run with their characters, and the film is all the better for it.