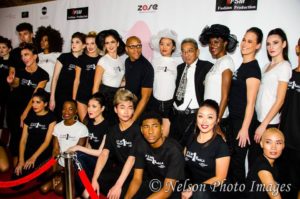 It was a magical night for Executive Film and Fashion Producers Mike Tse, Zose Media & Creative and Parris Harris, self -titled the “Most Notorious Fashion Coordinator. Parris is credit for this year’s d an incredible fashion extravaganza to showcases models and designers from all over the world.  Mike is known throughout the United States (Hollywood) and China for International Golden Film Awards   (GFA) “In the 30 years of producing international film & fashion, the Fashion Week is the best culmination of the Fashion Season,” said Mike. It is all about glitz and glamour. This unique festival of events brings together industry players, designers, fashion models, manufacturers, fashion related professionals from all over the world, creating a fertile field for trading, information exchange – and inspiration.  Parris enjoys the recognition as one of LA’s hottest fashion event producers and creative directors. His contribution as one of Los Angeles’s best fashion producer/coordinators with IFSM and his many years’ experience has cemented vision to life on stage with his Passion Phashion production. 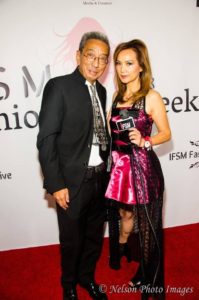 International Film Show and Modeling Competioin (IFSM) known for the work they do to promote extraordinary up and coming West Coast Designers, unveiled their fall Collection to an audience of more oohs and aahs than previous seasons.  The event was held at Exchange LA, a popular haunt for celebrities like Lisa Vanderpump with her signature doggie seated amongst the fashionistas of Southern California. 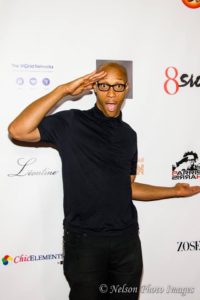 VIP’s from the world of film, television, and music were as gowned and bejeweled as the modern centerpieces and splashes of color within the room.

Designers took the opportunity to mix and mingle with prospective clients as well as those who began to follow their career early on.   This year, IFSM has cemented their mark as one of the premiere fashion showcase soirees in Los Angeles.  Style mavericks in hair and make-up introduced new looks which both surprised and dazzled the audience.  The models, with the grace and personification of flamingos, grace the runway to a combination of heavy urban beats that seemed to work for the outfits they wore. 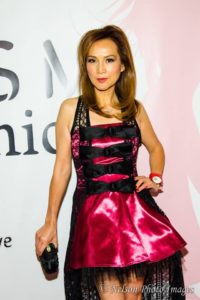 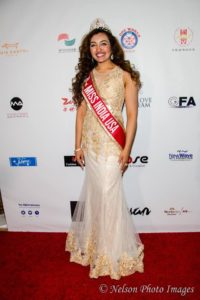 Guests were taking selfies and ogling VIP Celebrities including Producer, Jenna Urban, (Broken Angels; Streets Are Talking; Sins of the Father; and Silent Struggles), and Alan Santana of Shining the Light TV show.

One of the most popular television talk show hosts, Lily Lisa, navigate between China and the United States.” Lucky Lily Lisa” as she is known, began her career as a model and has since moved forward in her career as a television and award-winning film producer.   With her svelte model figure, she is sought out by some of the most creative designers in the industry.  This year Lucky Lily chose Hilary Pugh whose work with whimsical designers has graced the cover of a number of magazines.  Her couture collection has been worn by celebrities such as Britney Spears, Selena Gomez and, Megan Fox.

It was a fully stacked entertainment storm as Zhen Jia of ChicElements produced the show’s opening. It was a great lead into Louis Castel’s fun fashion brand.  Castel arrived on the fashion scene offering stylish and wearable clothing primarily focusing on golf and casual wear. 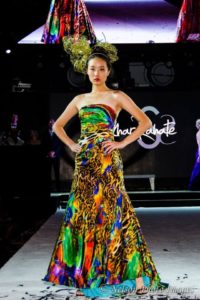 IFSM Fashion Week has a rich history of embodying the diverse culture of Los Angeles, as evidenced by Wyle Legend’s “One World Peace.” Wyle’s performance was a collaboration of his hip/hop style complimenting the expressions and attitude of the hip-hop culture.

Designer RICO RICO’s departure from the traditional bikini lit up with the room with the 36-inch legs gliding across the stage in an array of styles. 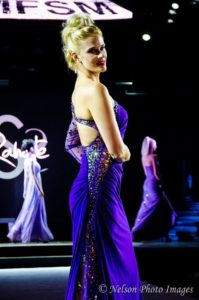 For many, the highlight of the show was the young children supported by Zose Media who partnered with IFSM for the youth presentation titled  “The Color of Fall,”  The children dazzled the audience exuding confidence through a thunderous applause. 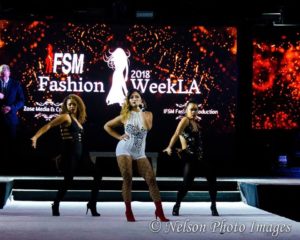 Adding to the evenings’ musical entertainment, Dancer Miss Lexi Vaughn delivered a show-stopping performance that one would only expect to see at a Bruno Mars or Beyonce concert. She totally claimed the stage.

It is the goal of IFSM to continue to introduce creative talent to the fashion industry.  This has been a pivotal year for the producers.   They are currently preparing for the International Fashion Supermodel Competition Grand Finale and the Golden Film Awards.

Shelley Stepanek -
Here is the newest listing of upcoming concerts in Las Vegas. Your favorite artists are just a ticket away.
Thrive, Inspire, Live — No Strings Attached E-News - NSAEN is a lifestyle online magazine featuring eclectic entertainment, health and wellness tips, and your playbook to Vegas.
Contact us: info@nsaen.com
© Copyright 2019 | Designed and Developed for NSAEN, LLC