I’m honored to welcome Director and Filmmaker, Todd E. Braley, to BTS Entertainment Corner. Todd has several films to his credit, web series, and music videos which include, “Big Time”, a single from the band Great White off their new album.

First off, Todd, how did you get into filmmaking? 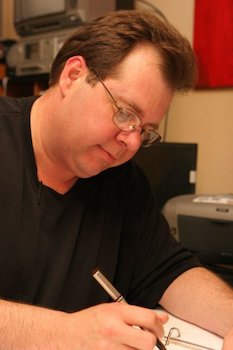 I got into filmmaking when I was about 8 years old. I originally wanted to be an animator, and I wanted to work for Disney. But, after watching TV shows like Starsky and Hutch, SWAT, and Beretta, I had made the decision, at probably 10 years old, that I wanted to make movies. My mother worked for the McDonald’s Corporation television production facility which led me to gain even more knowledge and increased my desire to make films.

I really respect your “indie film” feel and the way you wear it like a badge of honor. What do you think about the state of independent films today? Do you see this part of the movie industry growing?

Honestly, for filmmakers today, the digital age has just been a godsend for those of us who don’t have a lot of money but still want to make movies. Showing your films online is another godsend because everybody can see your movies. You’re not limited to just whomever you can muster up in your friends you can get together to see your work. It’s just been awesome to be able to share my work, our work, with the world. And because of it, also making some great contacts and friends in the industry.

Who and/or what do your attribute your filmmaking style to?

Honestly, I never really thought I had a style. Somebody the other day said they know when they’re watching one of my films, which is weird because I never try to do the same thing twice. I’m always trying to up my game and make the next project better than the last project; whether it’s with how I light, or subject matter, or camera angles. We just try to have a lot of fun with what we do. Although I do take it very serious, and I’m very passionate about being a filmmaker especially an indie filmmaker.

I like the fact you do horror but will then do something from another genre just as well. Were you born eclectic or did it become a necessity? How did it develop?

Actually the horror genre is not something that I necessarily enjoy shooting, just because I like telling more dramatic stories. Which is why I tried in Misfit to add a lot of backstory to our main character and show her home life, on top of giving the character a little more depth than just being a killer.

I think too many horror films nowadays are more about how gory they are versus being scary. I don’t mind the gore, but to me that shouldn’t be just the basis for a horror film. Once again, I really like telling more dramatic stories but with the horror genre, basically what it comes down to, is that seems to be where you can make a bigger impact, and the money isn’t too shabby with it either.

I’m a big Jaws fan, you are as well; hell, you made a film about it. Please tell us about that experience, how did you come to make the film? 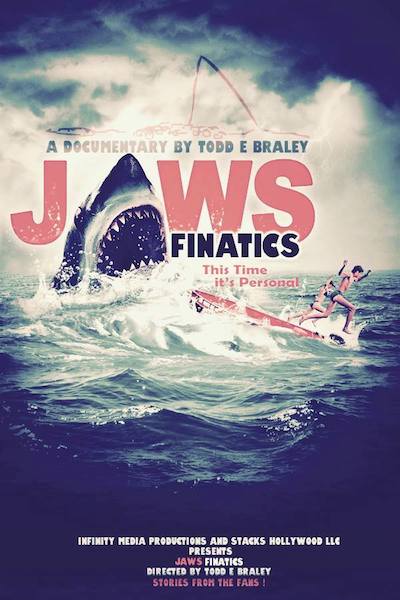 Jaws Finatics came out of the fact that the documentary that was done about the shark is still working. They cut out an entire section that was about the Jaws fans. And a lot of us were really ticked off about that because the movie hasn’t sustained itself just on its own. It has to have those of us who watch it pass the torch to the next generation. So I decided, since I knew so many Jaws fans, that I was going to get as many of them as I could to record their own interviews and talk about their experiences and why they continue to love the movie so much. And it’s fun to watch because every interview is different. Everybody’s camera angles are different, everybody has their own energy, and it makes it really fun to watch and hear the stories.

Speaking of Jaws, what was it like to work with the rock band, Great White? (I love their music BTW)

Working with Mark Kendall and the rest of the band was one of the most awesome experiences ever. The guys in Great White are just so much fun and they love what they do, and they’re really open to additional suggestions. They had an idea of what they wanted to do for their music video, for the song “Big Time” from their new album Full Circle, and then cut me loose to come up with the rest of it.

Being able to work with one of my top 5 favorite rock bands of all time was nothing short of amazing. But on top of that, I also got to meet a lot of other Great White fans who were just awesome and I’m still friends with today. We had a lot of fun!

It was a whirlwind trip because it was almost kind of last minute. We had two weeks from the time that we got the job to getting to shoot; which during that was having to concept the video and get the script written out and locked in, getting storyboards done, locations locked, and then getting out to California with all of our equipment. And then we literally started shooting, practically the day we got there. It was just such a blast, and the album is an awesome collection of music because it’s all brand new; no rehash of old music, with the old school Great White sound, and that’s what’s so cool about it.

I always like to know what creative types do in between their projects; how do they keep the spark going? What’s your secret?

I just keep filming. Because I’m self-employed and I shoot video for a living, I’m always working. I’m always doing something. If I’m not doing video, I’m doing my photography work, so being able to go back and forth between those is just awesome. I have a huge passion for what I do and just have a blast doing it. I’ve never been happier in my life. And what’s really awesome is having a wife that supports you as much as my lovely wife Angie supports me. Being one of the old guys is rough sometimes, but because I stay on top of what’s in the mainstream for the way things are shot and staying on top of the latest technology, I feel that I’m able to keep up with the young guys.

Do you have any favorite films/videos you’ve done, a short list or “Best of” Todd E. Braley?

I really like our film, Misfit. I also am a big fan of our short film we did called The Confession. Our film Kill Show is also great because of the fact that I wrote that with my youngest daughter, so that makes it fun. I don’t know, I’m happy with all of the projects I’ve done. I do so many that it’s really hard to nail down just one because they’re all my babies, and I love them all for one reason or another. 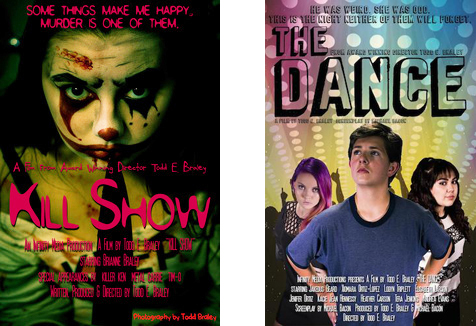 Finally, I see you have a lot projects you’re working on, what should our readers be looking out for and where can they find the amazing body of work you have already produced?

We have a lot of stuff on amazon.com. We also have stuff on StacksTV. XYZ, and then you can go to reelhouse.org/infinitymediaprods to see most of the work that we have done, or you can also visit my YouTube channel by typing in Infinity Media Productions or Todd E. Braley.

Last thought for aspiring artists and your fans as well.

I have a friend in Africa that does some amazing work and they don’t have anything more than a camera on a tripod and a Tascam, and they’re doing some amazing work. So just grab your camera and go out and start shooting your projects. Cuz there’s no reason to not make a movie.

Thanks so much, Todd!! 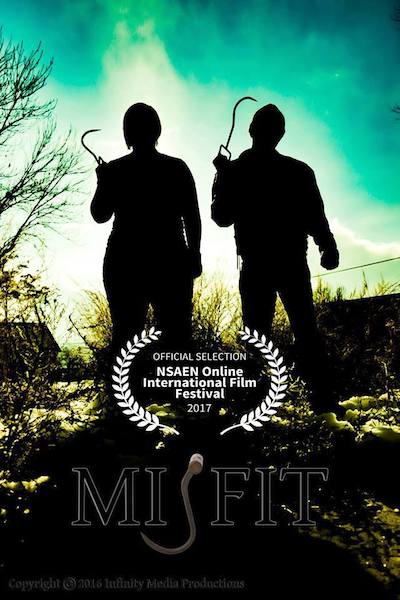