SOME SPOILERS PRECEDED IN BOLD – jump to the next paragraph 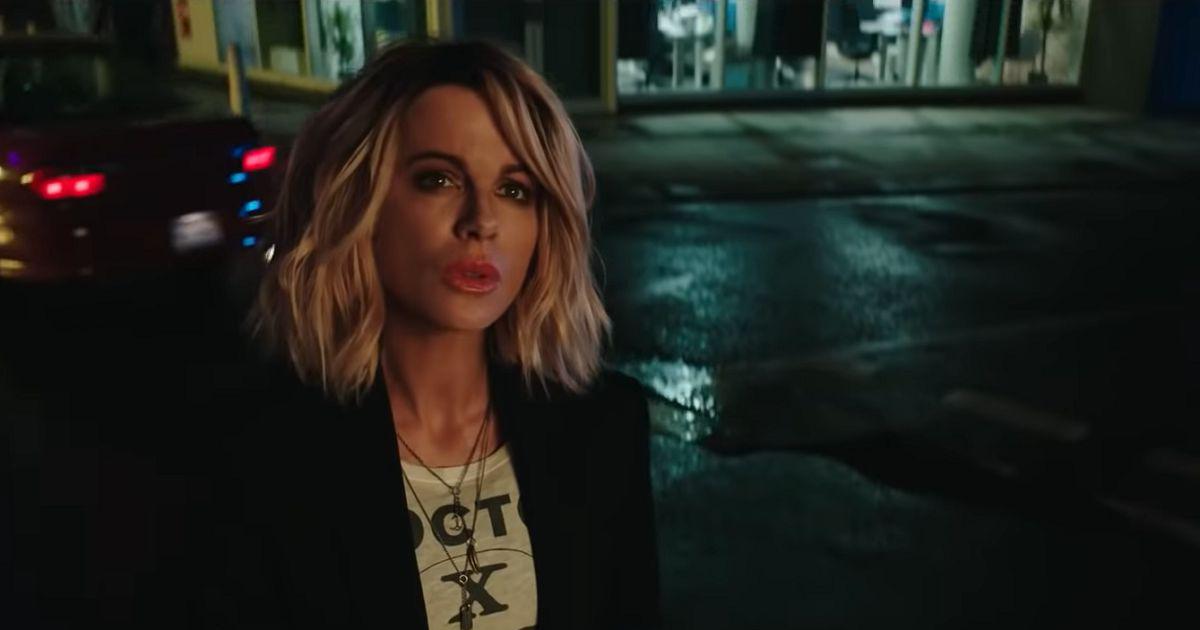 The problem with Jolt is not just the derivative storyline, but Beckinsale herself who feels miscast as a woman with such intense anger issues that she needs to strap herself with a device that delivers an electric shock to her body whenever her temper flares up. It’s also hinted that she may work for a shadowy part of our government as a weapon of sorts.

The actress has proven before that she is well adept at handling action with the Underworld franchise. But, in those films she’s playing a vampire with super human strength which was acceptable with her small frame. This is not to say that small women cannot kick ass. But, even Milla Jovovich’s character in the Resident Evil franchise is no ordinary human with an arsenal of weapons, which explains her overtaking monsters and zombies. The other women mentioned also were aided by an array of weaponry. 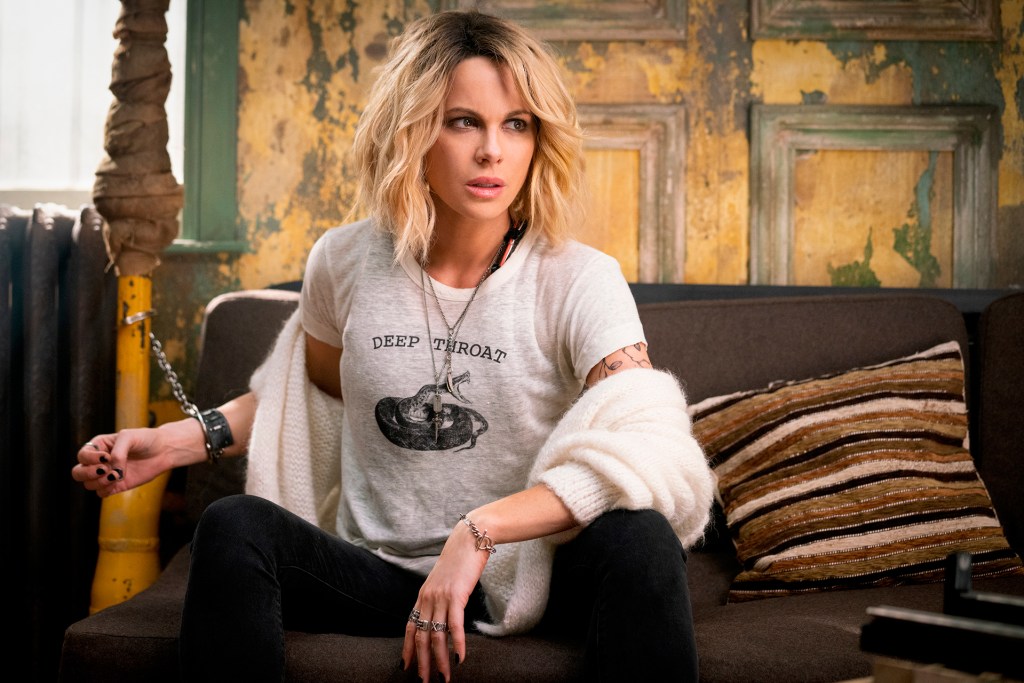 In Jolt, Beckinsale, all 5’ 7” and 132 lbs. dripping wet, has only her IED issues (Intermittent Explosive Disorder) and knowledge of martial arts. By the way, this is an actual disorder. This gives her the ability to take down half a dozen or more men twice or maybe three times her size? If you can get past the flighty fantasy of fragile looking Kate ripping apart the screen with her rage then the movie will be a fun time waster. Don’t get me wrong, I love watching Kate Beckinsale. She is a marvelous actress. I just had a hard time with the believability factor.

In her early years, Lindy (Beckinsale) was institutionalized to help control her rage. But, the physicians at the asylum are unsuccessful. Then a secret organization attempts to weaponize her, but she proves uncontrollable. She is then placed in the military in the hopes to give her structure and discipline. This too proves to be a dismal failure. Eventually, the organization subjects her to experimental treatment and a form of self-applied shock therapy becomes the answer to Lindy’s outbursts with the aid of a Dr. Munchin (Stanley Tucci).

Lindy becomes a bouncer during her off time from the government. She is finding it increasingly hard to control her anger and keeps asking Dr. Munchin to increase her voltage. Munchin not only is her physician, but also plays therapist. He suggests that she start dating to help control her anger issues. Lindy hates the idea, but gives it a try.

Her first date with a nice accountant is far too awkward for her and she tries to ditch him. But, he turns out to be charmingly persistent. They barely know one another and somehow he has Lindy trust him enough to explain her issues. His acceptance and gentleness leads to them spending the night with one another and this makes Lindy feel that the good doctor might have gotten it right ***SPOILER*** until her promising boyfriend ends up dead. This leads to her searching for the culprit and kicking ass left and right. 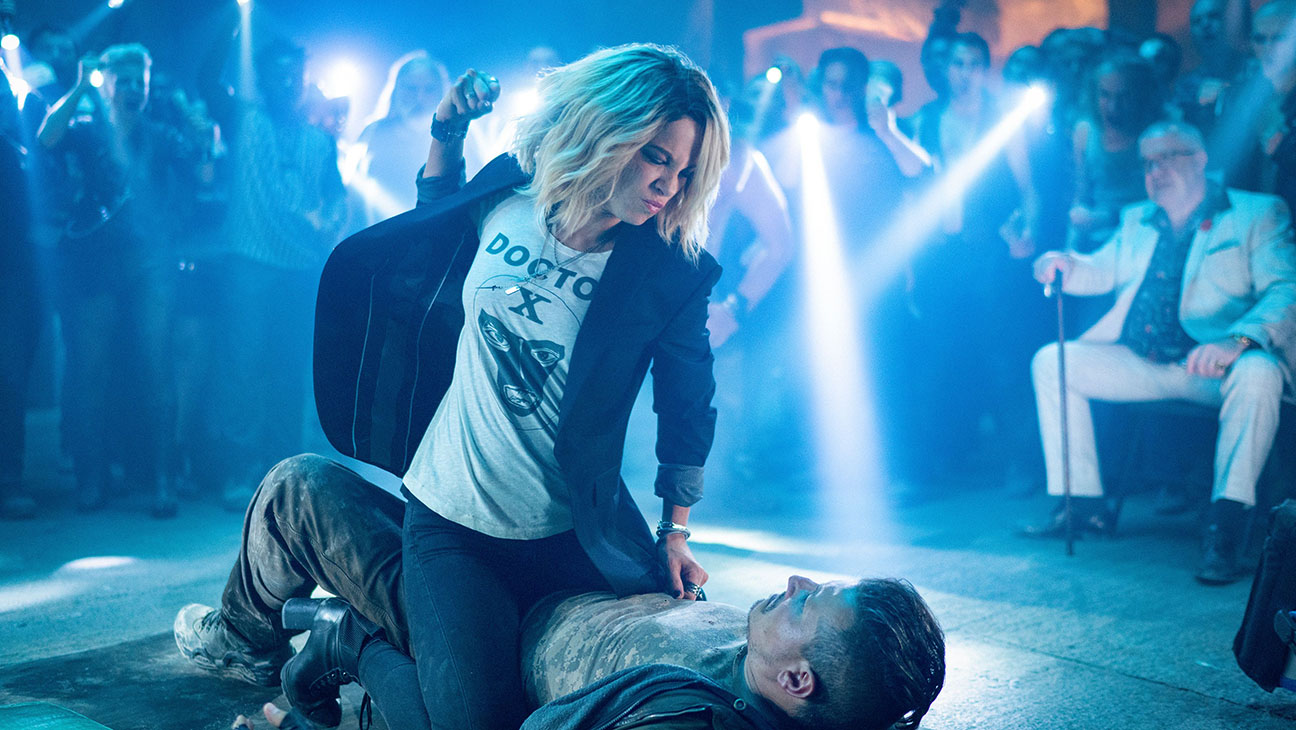 Director Tanya Wexler delivers freewheeling fun and action. She proved to handle awkwardness and comedy well with her film Buffaloed and directs with an assured hand. I only wish she had better material to work with. She and her cast are saddled with an all too familiar script that nearly telegraphs the ending less than a half hour into the film.

I’ll reiterate, Beckinsale is fun to watch through the action sequences, and her anger is believable. It’s her physical take down of the baddies that just looks too far-fetched. Other than that, Jolt can be mindless fun. Not worth plunking down big bucks at a theater, but worth checking out in your living room on Amazon.