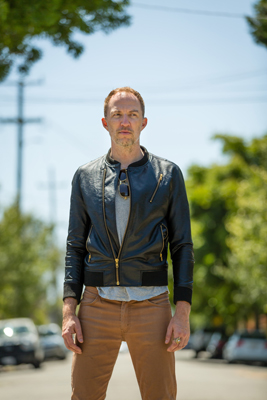 Evan Matthew Cecil began his journey in the film and television business with a hunt for a college internship, which landed him a position in the Production Department on the 20th Century Fox film NINE MONTHS. The next eight years saw Evan take on a variety of film and television jobs, where he assumed a wide range of roles spanning numerous departments: Production, Art, Wardrobe, AD, and even Accounting.

Evan has directed over 100 episodes for more than 15 different series, always delivering spectacular, entertaining programming on time and on budget. Evan’s work on these series has allowed him tremendous and varied experience directing both professional and non-professional actors, including deaf cast members on a 2012 episode for WIVES WITH KNIVES and the series CAMPUS NIGHTMARES for A&E BIOGRAPHY network.

1) We’ve read a little about your journey, take us back before college and what gave you the hunger to be a filmmaker?

Well, it sounds like such a basic answer, but it really all started for me by playing around with my sister, making stupid ass videos as kids. We’d borrow the neighbor’s camera before my dad got one for our family. I think as I got older and started studying filmmaking in college, directing wasn’t something I actually thought I’d be able to do. And then all of a sudden, there I was doing it for a living! At least that’s kind of how it felt. But in actuality, when I think back, it makes sense because I have worked my ass off for years in this industry getting to the point to direct.

Sure, it would have been nice to step immediately into directing, but I do think my background and experience in such a wide range of other departments helps make me a better director. I’ve been given an understanding of all the moving parts and how to collaborate with them productively.

2) Do you think it’s beneficial for a filmmaker to take on as many jobs as possible before directing or producing? If so, how did you learn from these different jobs?

Ha!!! I feel like I accidentally answered this in the first question somewhat…I started my path to directing on big budget studio projects with a little tiny role, over time hoping that my role would get bigger.  Then I shifted to smaller projects but with bigger roles like directing with the hope that the projects would continue to get bigger. Not sure which is a better route, but for me, the second one worked. Or at least is working for me now.

As far as what I’d recommend, yes, I absolutely draw on my past experience in different departments besides directing, but I don’t think it is essential. Mostly, I think it makes me a better collaborator which is how I like to work.

3) You’ve done TV and now with Lasso, film. Do you have a preference or do you enjoy working on both equally?

That is a hard question to answer. LASSO is definitely a big step up for my career, but I have such a fondness for the TV work I have done. It is “the good ol’ days” for me. We had so much fun making those shows. Just the sheer quantity of shows we’d spit out at breakneck pace created intense bonding among the crew. Of course I want my career to skyrocket, but in a perfect world, me and the crew I have worked with over the years would all skyrocket together!

4) How did you get involved with Lasso ? When and where can people expect to see it? 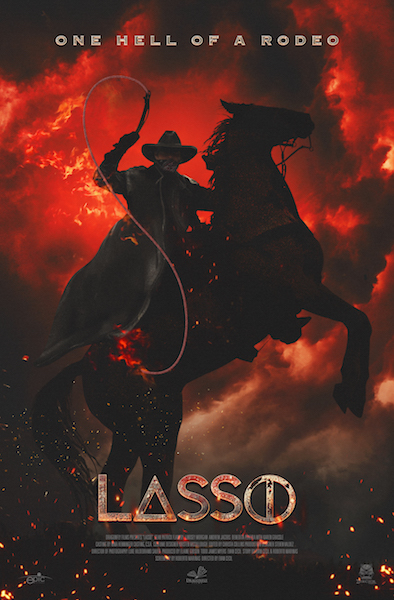 Well, LASSO was an idea I have had for years. I think a lot of filmmakers have a file of concepts that they think would make for interesting content. A horror film set at a rodeo was one of mine.

Almost randomly, I connected with another Bay Area local (Todd Myers) that wanted to start making films. Without a project, we had to figure out what we wanted to make. After reading tons of existing scripts and considering many ideas, we landed on LASSO. And the rest is history…barf! LASSO is out now, go to https://epic-pictures.com/film/lasso to watch right this very moment!

5) What’s next for you? Directing, producing?

All of the above of course!!! I have a few different projects in development currently. The two I am most excited about are called BUNKER and PRESIPISE; I only do single word titled projects…ha!

Stella Singleton-Jones Establishing her place in the Art World

Nicole Kasten -
0
Getting to your closing day is exciting. After all, it’s the final step toward buying or selling a property. But just because you have a date and time doesn’t mean you’re in the clear.
Thrive, Inspire, Live — No Strings Attached E-News - NSAEN is a lifestyle online magazine featuring eclectic entertainment, health and wellness tips, and your playbook to Vegas.
Contact us: info@nsaen.com
© Copyright 2019 | Designed and Developed for NSAEN, LLC