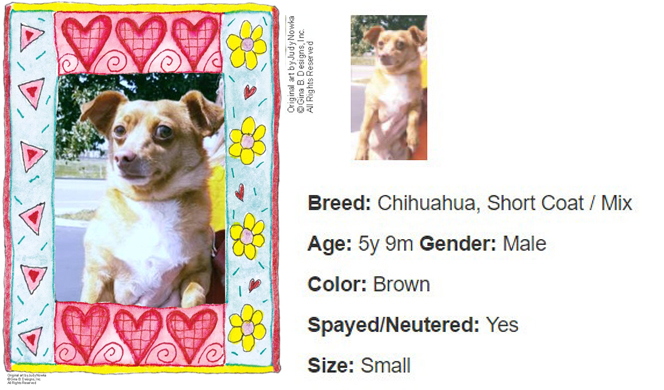 Another “Tail” from the Shelter

Have you ever had the sort of friend who doesn’t try to impress you with his talents, looks, or ‘bigger than life’ personality, but rather is always there when you need someone to talk to? The type of friend who has a heart as big as this state and is right there to give you a piece of it as well as a shoulder to lean on when needed.

Today as I walked to the shelter I thought about those friends in my life. Often unsung heroes who just want to help me get through the rough spots and celebrate the good times.

What brought these thoughts to my mind was one dear little soul at the shelter named Leo.

Now, as far as a description, I will tell you that Leo is pretty plain-wrap, but what I find totally interesting about the little guy is that he is basically just one color! His ginger-colored fur is the same shade as his nose, which matches his eyes, yes, he is monochromatic!

Leo is small with a little paunch that just makes him extremely cuddly and that, dear friends, is part of this little guy’s charm. He sincerely likes people and wants to please them. He walks nicely on the leash and when I stop at the curbside to sit and chat with him a little, he is in his element. Those little brown eyes close in ecstasy when I rub his ears and tell him that even though he is not exotic, he is, nonetheless, exceptional.

The fact is that Leo has been at the shelter for a very long time.

A couple of months ago he was brought to the pet expo with hopes that he would capture someone’s heart. I visited him there and when he saw me approach his cage, he was overjoyed! He wiggled and lit up like a little windup toy—so happy was he to see a friend. The next day I was back at the shelter, as was Leo. No one looked past the outer wrapping and saw through to his heart of gold.

That seems to be his personality to a tee. He hasn’t fallen prey to the depression I often see in shelter dogs. While day after day he sees one dog or another go home with a new owner, he almost seems joyful for them while hoping to see his pen door open up and a smiling face look in at him.

I am hoping that this little man finds a home soon. He is capable of being a very good friend and confidant to someone who can look beyond the wrapper and see a heart of gold. 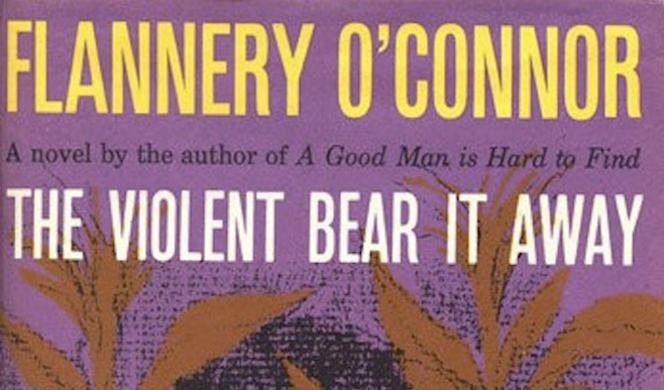 “The Violent Bear It Away” by Flannery O’Connor