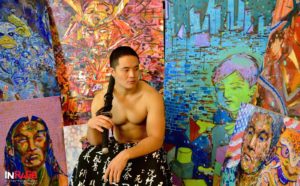 New York-based South Korean visual artist, Arthur Kwon Lee is on the cusp of a great career as the painter.  He has traded the inverted palm pushups as a former Tae Kwon Do national medalist to brush strokes.

Kwon Lee represents the new breed of influential visual artists who are now a part of InRage Entertainment’s repertoire of musicians and vocalists.  His skill as a martial arts expert, validated by several medals and an invitation to compete internationally to retain his dominance will for now be a part of his historic past. It was an easy decision for Kwon Lee when he decided to throw away his inhibitions to begin a dream-filled inspirational journey through art. 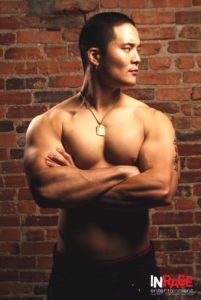 In signing Lee, Automatic, InRage President and CEO, said, “With Arthur’s discipline and skill in martial arts and his talent as a painter, I believe he can become one of the greatest and most interesting visual artists of our time. My focus is to help him combine his artistic abilities in both art forms to create something new and fresh.”

Kwon Lee’s art is a combination of his athletic prowess and his musical tastes. Using luminous colors in large-scaled gestural marks distinctly illustrates a ritual-inspired defiance of authority. His painting demonstrates what happens when disciplinary obsession meets experimental expression. He is known in the art world by many as the “Korean Basquiat”.

Kwon Lee is excited to sign with InRage, stating, “I always knew I had a special talent for art, I’m an introvert expressing myself through the paintbrush.  Further elaborating, “after all painting is intimate by its nature.” 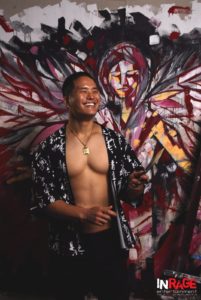 In an age where technology and social media run rampant, there seems to be a real reason to bond through art.  But through his work, Lee would like to create a space for sharing and connecting.

InRage Entertainment is a family of multi-genre artists in Los Angeles, California.

Shelley Stepanek -
Here is the newest listing of upcoming concerts in Las Vegas. Your favorite artists are just a ticket away.
Thrive, Inspire, Live — No Strings Attached E-News - NSAEN is a lifestyle online magazine featuring eclectic entertainment, health and wellness tips, and your playbook to Vegas.
Contact us: info@nsaen.com
© Copyright 2019 | Designed and Developed for NSAEN, LLC