Universal Pictures and Monkeypaw Productions opens our eyes to the very best of writer/director/producer Jordan Peele (Get Out, Us) with his creepy and innovative new entry, NOPE. I’m placing that title purposely in caps because it is both acronym and multiple meanings and for the sake of your viewing pleasure I will not reveal that secret (if you have not heard it already). Part Twilight Zone, part Outer Limits, Peele’s new movie is both funny, mysterious sci-fi, full of unexpected scares and at the same time very grounded. The characters are as engaging as the story itself and dare I say that Peele’s strange tale is mind boggling.

There are plenty of bizarre happenings in NOPE, beginning with a 1998 sitcom set that has taken a very serious and frightening turn. The star of the family friendly show, a chimpanzee named Gordy, has wreaked havoc on the stage and maimed cast and crew after being startled. What this has to do with UFOs is as big of a mystery as what takes place in the present day at Otis Haywood’s ranch where he and his family train and handle horses for film and TV. One day while Otis, Sr. is training, Otis “OJ” Haywood Jr. witnesses an unusual event…a shower of small metal objects comes falling out of the sky. A nickel pierces his father’s skull, killing him.

OJ and his very mouthy sister, Em, are left to manage the ranch, but Em decides to seek the glitter of Hollywood and leave her brother handling something he is very unprepared for. Six months later, OJ is fired off a commercial set due to a misbehaving horse. Em tries to fix things, but only makes it worse. She finds out that OJ has slowly been selling the horses to a nearby small western theme park, Jupiter’s Claim, to make ends meet. This angers Em because she takes pride in the legacy of their generation, being the great, great grand descendants of the black jockey in the very first moving picture.

The man running Jupiter’s Claim is none other than Jupe, once the child star of Gordy’s Home and one of the few unscathed survivors. Jupe, a bargain basement P.T. Barnum, has something special in store for his patrons with Haywood’s horses. There lies just one of the many mysteries.

Meanwhile, back at the ranch (pun intended), weird occurrences are taking place. Animals are becoming unsettled and mysteriously whisked away, electricity is fluctuating, unearthly sounds are emanating from the clouded sky. One particular night, OJ witnesses an unidentifiable flying object. He can’t believe something so big could move so fast. In fact, the sighting is so brief OJ is not sure what to make of it until his sister witnesses some of the bizarre goings on. She insists that this is their chance to become rich and famous. 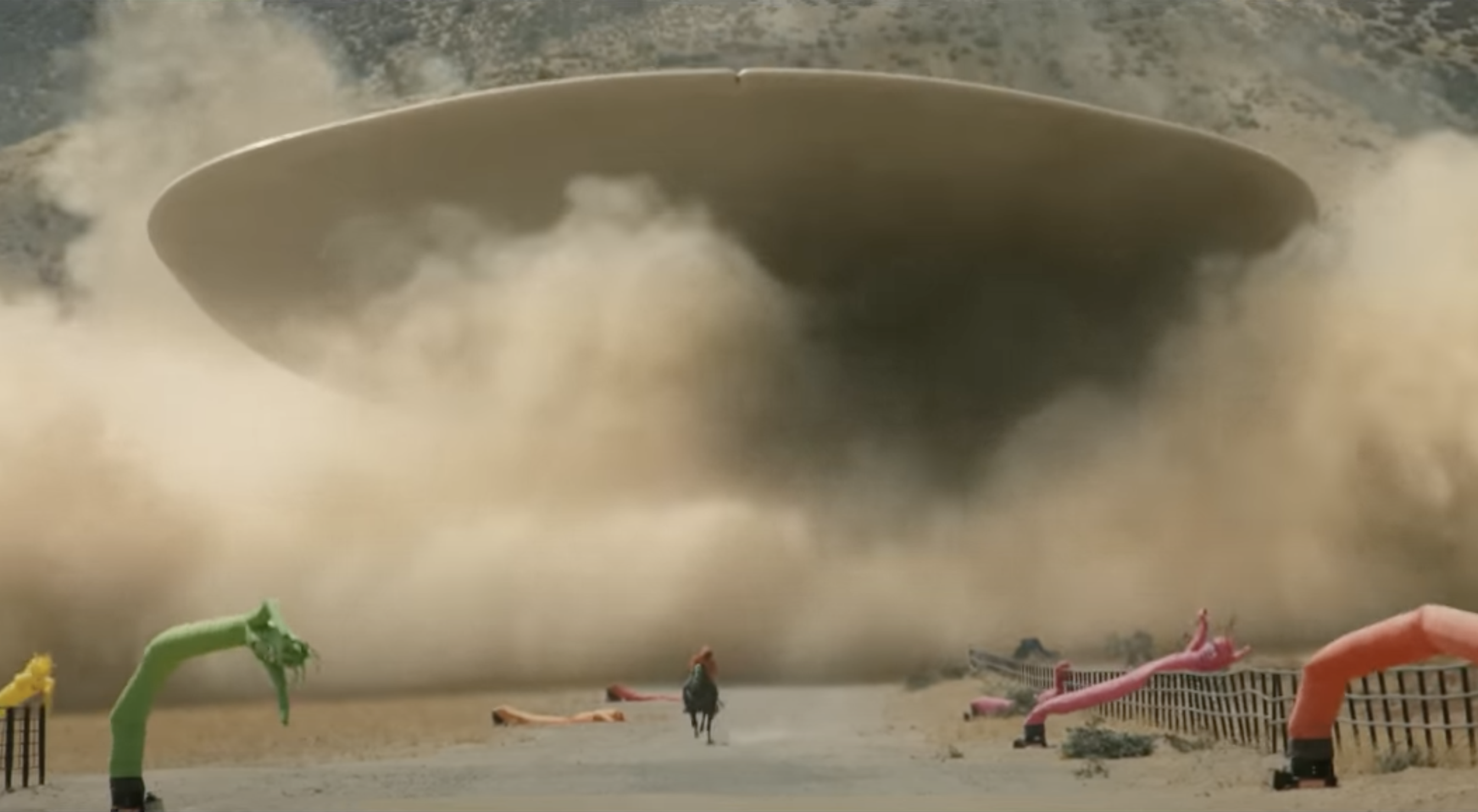 What ensues is a perfect blend of dark comedy, tense dramatic moments, and eerie scares. Writer/director/producer Jordan Peele is at the top of his game as he has us laugh, deliver the chills, and root for the characters that are so appealing and real for us. His is truly a tale of the unexpected with some jaw dropping moments. NOPE presents a whole new angle on visitors from another world. It’s neither Alien, Independence Day, or Close Encounters of the Third Kind. Peele’s story is as different and as exciting as his visuals which makes his movie an unsettling classic.

John Loranger -
Readers should not expect realism from this book. The Soviet and Nazi regimes served only as raw material for a work that is in large part fantastical.
Thrive, Inspire, Live — No Strings Attached E-News - NSAEN is a lifestyle online magazine featuring eclectic entertainment, health and wellness tips, and your playbook to Vegas.
Contact us: info@nsaen.com
© Copyright 2019 | Designed and Developed for NSAEN, LLC