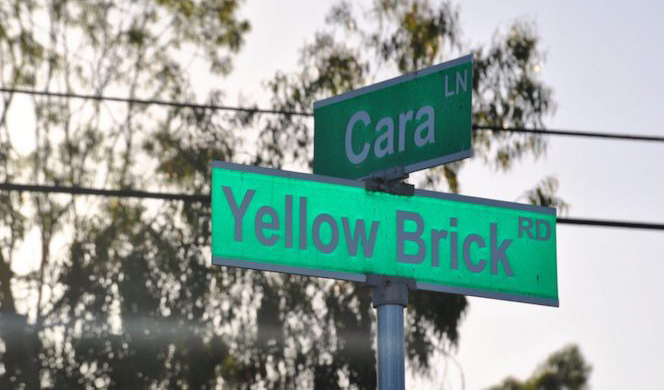 It’s a typical sunny afternoon in Beverly Hills. The café is starting to clear out from the usual morning rush of the soy latte, extra foam crowd. I order, sit down, and stare at my buzzing phone deciding to ignore my “off and on” actress-client who most often calls for advice on what she should wear to an inconsequential meeting. Last week it was the Ivy where someone told her Sam Elliot was spotted eating lunch there with Bradley Cooper. This week it will be about dinner at Dan Tana’s because “everyone knows Quinton Tarantino eats there on Thursdays.” I have on occasion run into Michelle Pfeifer, Harrison Ford, and Glenn Close at Gelson’s supermarket. But it probably would not have been a good time to put my client’s press kit into their shopping carts.

Today I am meeting with a promising author, whom I will call Cara, who has the potential of becoming a good fictional writer. Cara was motivated to put the pen to paper after a horrendous divorce. Not surprisingly, she found me on Linkedin and sent me a draft of her book. I was initially hesitant to meet with her for fear of hearing again, the unabridged version of why her ex-husband cheated.

While waiting to board the plane from my Chicago holiday, I glanced briefly at the draft ‘s prologue and realized Cara might have something that could, in hindsight, interest thriller novel fans. I’ve become rather cynical about reading most works by a first-time author since many of them seem to touch on stories about train wreck characters of inconsequential development. By this I mean they represent suffering bastards until you get to the last page of the book types. As you might have guessed by the first paragraph, I am a credentialed-in-the-trenches and jaded Hollywood publicist.

I have had my second cup of coffee and am ready for Cara’s pitch. She arrives predictably on time, pulls out a very neatly packaged binder, lays it on the table, and proceeds to tell me what she plans to add to the story; describing the photos she will include and hopefully a review by John Grisham or David Baldacci. I am also hearing, for the second time, all of the emotional turmoil she went through to write the book.

In a previous phone conversation, we discussed the usual book publishing options; self-publishing versus publishing house, national promotion, TV, radio, and internet advertising. I explained the challenges of self–publishing and listened to her pre-self-promote the book based on initial reads from family members, friends, her manicurist, dog groomer, and a neighbor who once lived next door to Jay Leno. (Incidentally, the good neighbor promised to give a copy of the book to pass on to Jay via his housekeeper.)

Since I was a highly recommended Linkedin referral, I saw no need to rattle off my resume. So I politely gave her the lead in our conversation. After hearing all of the accolades she received from her initial fan base, it was time to get down to business.

Cara decided that self-publishing was the way to go and she needed someone to aggressively get her book into the right hands, and of course, on the bestseller lists.  Yes, dreams are made in Hollywood and many of them are just that; DREAMS.

I suggested a red carpet book launch party to introduce Cara as a new author. I could tell by the expression on her face that she liked the idea. She listened intently as I discussed the logistics. We seemed to be in sync with her goals until she blurted out “If I can only get this book to Oprah.” A pregnant pause and a deep breath helped me to focus on the task at hand. Not to discourage her into reality, I simply said, “the chances of you getting your first book to Oprah without it being a best seller is about the same odds as getting struck by lightning. That is, one person in 310,000,000 will experience that volt. “But my story is unique.” She responded. After another serious inhale, I lowered my voice speaking like a priest preparing for Benediction. Choosing my words carefully, I said, “Every writer undoubtedly thinks that his or her story is unique.” After being in the business for more years than I care to admit, I believe that the honest truth is better than candy-coated hyperbole.

I tried to help Cara understand that beyond Oprah, there may be millions of enthusiastic fans of the thriller genre who might be interested in her book. I went on to say, “Of course validation by the Queen of Talk Shows would most assuredly give any book or product the ultimate national recognition,” citing that it took Oprah Gail Winfrey years to become Oprah.

To Oprah’s credit, she has certainly been instrumental in launching the careers of a number of individuals. We all know the story of the dynamo from rural Mississippi who became the richest Black American Woman in history. To be acknowledged by Oprah may be the ultimate sign of achievement, but it is not the only path to success. Famous author and hotelier Conrad Hilton in very simple terms said, “Success is enthusiasm combined with knowledge and hard work.” It was a great line practiced in the 1950s mostly by men. Today, the playing field has widened and women no longer have to use their first initials to write great books. Cara has made it to first base. Now it is up to her to decide how to proceed with her goal.

Writing a book requires discipline, creativity, and focus. The essence of great storytelling is to take the reader on a journey that will entertain them. If you want your diabolically dripping thriller to resonate with readers and stop their heart, I suggest you read, write and re-write until your words seemingly dance off the page.

My friend and colleague Serita Tarlow Stevens has written 11 screenplays, authored, and co-authored 32 books. Is she successful?  Yes.  Has Oprah read any of her books? Perhaps.

Cara may not have taken my advice, but for those of you who are reading this and considering becoming an author, make it so compelling that Oprah will regret not reading it first.

Ainsley Lawrence -
Because seniors can struggle with things like depression and isolation, they need to spend time outside. So, what can you do to help make an outdoor space more accessible for the senior(s) in your life?
Thrive, Inspire, Live — No Strings Attached E-News - NSAEN is a lifestyle online magazine featuring eclectic entertainment, health and wellness tips, and your playbook to Vegas.
Contact us: info@nsaen.com
© Copyright 2019 | Designed and Developed for NSAEN, LLC