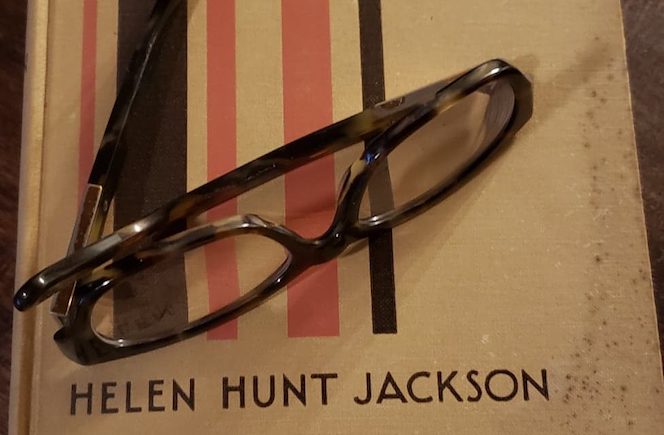 While at an estate sale here in Fullerton, I happened upon an old book written by Helen Hunt Jackson first published in 1884, the name: Ramona. I was intrigued after a quick search on Amazon and bought the book for $2.00. With the holidays it took longer than anticipated to read this book, but once I had an opportunity to settle into it, I was hooked. 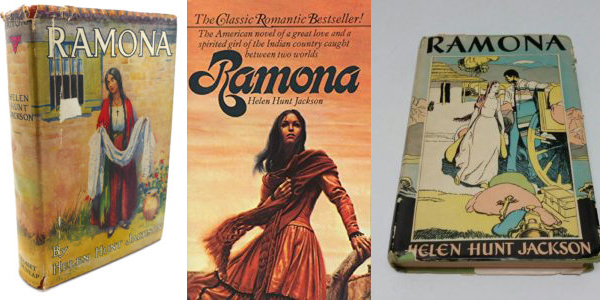 This post isn’t a review about the book, it’s how the book got me thinking in terms of our California history, but here’s the editorial synopsis from Amazon: “A beautiful half-Native American, half-Scottish orphan raised by a harsh Mexican ranchera, Ramona enters into a forbidden love affair with a heroic Mission Indian named Alessandro. The pair’s adventures after they elope paint a vivid portrait of California history and the woeful fate of Native Americans and Mexicans whose lands and rights were stripped as Anglo-Americans overran southern California.”

I’m interested in all things California, I love my state. I was born and raised here, yet I know so little of the real history. My favorite novel as a child was Island of the Blue Dolphins written by Scott O’Dell about a young Native American girl left behind on the Island of San Nicholas off the coast of California. I can’t count how many times I read that as a child, then to my children and now to my grandchildren.

I’ve been fascinated over the years with the Owens Valley and the water wars that took place in the Eastern Sierras in the early 1900s. I read Farewell to Manzanar which took place during WWII, also in the Eastern Sierras, about the internment camps of Japanese Americans. It’s hard to not get piqued as you drive along Hwy 395 and see the dry lake bed to your right and, not too far after, Manzanar on the left.

I also read a book called The King of California written about the story of J.G. Boswell and his cotton empire in the Central Valley. All different stories with one common denominator; California, and it’s the state I live in and love so much.

I’ve often wondered what L.A. and Orange County looked like before we had 13 Million people living and working here. It wasn’t that long ago—135 years in the grand scheme of things isn’t a long time. California had open

mesas, beautiful canyons, tall oak trees, and vistas as far as the eye can see, I can only imagine how beautiful it was.

Before the Mexicans came in the 18th century, Native Americans inhabited this land for thousands of years. The Spanish and Mexican settlers settled and the Native Americans were thought of as savages and ungodly, so they built missions to spread the word of God from 1769-1823. In later years, the Indians became known as the Mission Indians. In the picture to the right, it shows a map of the California Mission system. What’s interesting is while driving down HWY 101 you’ll see bells that read “History El Camino Real”–that was a trail that connected the missions together. We have one on Harbor Blvd in downtown Fullerton. You can click here for more information on the El Camino Real Bells.

Whilst reading through the pages of this book, I saw the landscape and imagined how awesome it must have been. As I drove south on the 5 freeway last week towards San Diego, I imagined the hills along the coast where Camp Pendleton is and thought that it must have looked like that—untouched rolling hills. I imagined the characters riding their horses along the trails and sleeping under the stars.

Reading Ramona really opened my eyes to a time in our history that we, as Americans, should be deeply ashamed. When I finished the book, I didn’t sum this up to be a romantic novel as is stated in reviews and after some brief research, I believe that it certainly wasn’t the author’s intention.

Helen Hunt Jackson spent a few years out here making connections with the Native Americans, the rich Mexican land owners, and traveled to the missions. She walked on the soil that is now concrete and made it her life’s work to bring attention to the atrocities that happened to the Native Americans after the Mexican American War and the great immigration came. Indians were stripped of the land they lived in for thousands of years; they were thought of as nothing, as dogs and were treated as such.

Helen Hunt Jackson had a voice and wanted everyone to see the truth as to what was happening and the best way she could do that was to write a story; a fictional story that is thought to be from real accounts of what happened here. She wrote: “I am going to write a novel, in which will be set forth some Indian experiences in a way to move people’s hearts. People will read a novel when they will not read serious books.” She was inspired by her friend Harriet Beecher Stowe’s Uncle Tom’s Cabin (1852). “If I could write a story that would do for the Indian one-hundredth part what Uncle Tom’s Cabin did for the Negro, I would be thankful the rest of my life,” she wrote.

Apparently, I’m not the only one who’s been deeply moved by this novel.  The LA Times did an article back in 2009 (which I had never read until today) that shows what impact Ramona had, and continues to have, on American Society.

From the LA Times Article:

“Reporting from Ventura, Riverside, and San Diego Counties — Why, you may ask, are we rushing north on Interstate 5 and veering east on California 126 into the Santa Clara Valley? Why are we pulling off the road by a fruit stand and slipping into the backyard? Are we going to tip a cow? Steal oranges? We are not. We are here for a date with a black-haired, blue-eyed beauty named Ramona. She is, by at least one historian’s reckoning, “The most important woman in the history of Southern California.“”

This April we’ll be attending the longest running play in the country, its name, Ramona, and it’s in Hemet, CA. It has been in production since 1923, I can’t wait. Here’s the link if you’d like to see it for yourself http://ramonabowl.com/. How did I know nothing about this big event that has brought thousands of people each year to celebrate this story?

Have I interested you enough to read the book? I hope so, it’s a treasure.

Ainsley Lawrence -
0
Starting a small business can be an exciting and daunting prospect. The key is to take it slowly and provide clarity on your intended operation both for your own benefit and that of investors.
Thrive, Inspire, Live — No Strings Attached E-News - NSAEN is a lifestyle online magazine featuring eclectic entertainment, health and wellness tips, and your playbook to Vegas.
Contact us: info@nsaen.com
© Copyright 2019 | Designed and Developed for NSAEN, LLC