Why Are We Not Using These Resources For Haiti and Other Stricken Places?

A group of Colombians are transforming the serious problem of pollution by using plastic waste—and the Lego building model—as a solution for the thousands of people without houses.

The Bogota-based company, Conceptos Plasticos, seeks to reverse the damage that plastic causes to the planet and use it to benefit those most in need. The initiative was born out of Colombian musician Fernando Llanos’s need to build his own house in a difficult-to-access area in the center of the country.

Subsequently, this idea became architect Oscar Mendez’s graduation thesis. After several years of investigation, Mendez materialized a modular brick made of all types of processed, discarded plastic. The system works like Lego and is adaptable to all types of terrain and any climate.

“It has a social impact because in Latin America the housing shortage is terrible,” says Mendez, the owner of the company. “Forty percent of people living in Africa, Asia and Latin America do not have a house.”

He also detailed the environmental and economic importance of using this type of waste to build modular homes.
“In Bogota alone, approximately 750 tons of plastic waste is thrown into the landfill site, of which only 100 are being recycled. We are making 100 homes out of the plastic in Dona Juana (the city’s landfill site), giving value to something that has no market.”

Conceptos Plasticos’s model home is 40 square meters divided into two bedrooms, a bathroom, living room, dining room and kitchen, and can be put together in only five days by four people who need no previous building experience. The houses are assembled without using any type of adhesive. This makes them portable houses that can be disassembled easily in order to transport and reassemble them. And, anyone who’s played with Legos knows how no adhesive is required to build a sturdy structure.

When discussing the cost of making the houses, Mendez said they are a lot more economical than a house built from traditional materials. “We don’t charge per square meter built, but by kilogram (of plastic) processed,” said Mendez.

How many lives could this service change around the world globally.  Imagine people could contribute to helping others get their own home by helping the planet recycle! Awesome we say… In places like Haiti and the Philippines, and Africa where storms or bad conditions don’t allow them to have a home this would be an awesome thing to roll out globally.

The materials are stronger and lighter than concrete. “They are waterproof, fire retardant, do not rot and have great insulation. We estimate the life of the houses at more than 60 years.  Well, if we can get projects up and running with internet globally then we should be on the mend a bit for helping those really in need.” 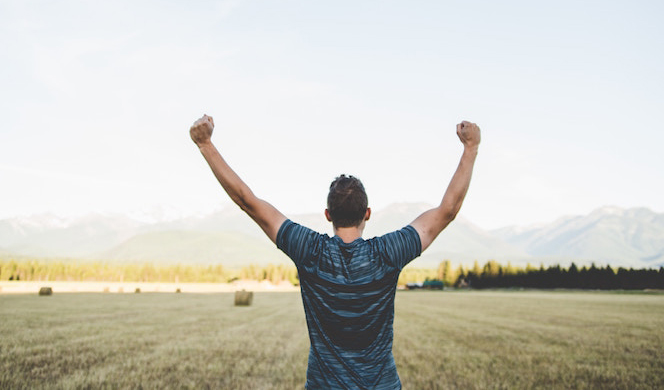 Creating and Maintaining a Winning Mindset

Richard Norton -
0
I get asked over and over again, “When are you going to retire?” Chuckles often immediately follow.