Don’t judge a book by its cover… 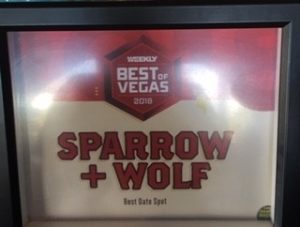 Each month a member from our group gets to choose the restaurant for our post-theatre dining, and prior to that, I like to check out the menu to get an idea of the offerings. Although honestly, I have never met a menu that I didn’t like or can’t at least find something worth ordering, but when I reviewed the menu at Sparrow + Wolf I wasn’t so sure. It was one of the most eclectic menus I had ever seen, definitely not a bad thing, but it was a little quirky with some unexpected pairings.

I discussed the options with the other die-hard foodie of our group and she said she was concerned as well, but then I reminded her that we are adventurous diners and it had to be good, after all it’s Zagat-rated and has several 5-star reviews on Google and Yelp. She asked if I was trying to convince her or myself. 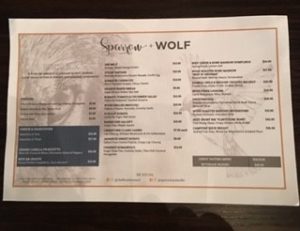 Despite our concerns, the food was good, in fact, it was better than good, it was incredible! To coin a phrase, “Don’t judge a book by its cover”!

Sparrow + Wolf is a hotspot eatery located in Chinatown just minutes from the Las Vegas Strip. It’s a “neighborhood” place that promotes itself as an “American Restaurant” with a modern décor interior, high ceilings, an open kitchen concept and buzzing energy with a crowd that is as eclectic as the menu.

The menu features tapas plates which encourage guests to order a variety of dishes to share and that is exactly what we did, and we enjoyed every single bite. First up was the homemade Hearth Baked Bread and aged Umami Butter with Sea Salt. The bread was so hot we burned our fingers and there was so much butter we were able to slather every nook and cranny of the bread, and there was still some left over. Next, we ordered the Kumato Tomato & Cucumber Salad with Wakame seaweed and toasted sesame. Just thinking about it makes my mouth water. It was one of the most flavorful salads I have ever had. The entrée was a 32 oz. juicy Porterhouse Steak with side companions of kimchi, mushrooms, ramen, daikon, roasted peppers, spinach chimichurri sauce, spicy chili sauce, and toasted naan bread. As full and completely satisfied as we were, it’s true what ‘they’ say, “there is always room for dessert”. Our server talked us into, without much convincing I might add, the delectable chocolate-peanut butter terrine with sugared peanuts and fresh cherries in a sweet cherry sauce and a chocolate drizzle.

After dinner, my friend, the same one who was worried that she might not find anything on the menu that she liked announced, “On a scale from 1-10, this restaurant is a 12” and I couldn’t agree more!  Not only was the food incomparable, we were blown away by the customer service from the hostess, the manager, and the wait staff, each added an element of enjoyment to our dining experience. 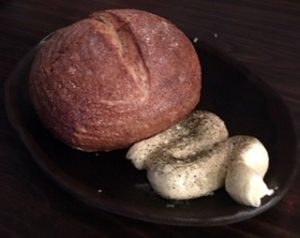 Howard’s cooking techniques date back to the 18th century, and his menu is a fusion between the old world and the new which he has transformed into an ever-changing bill of fare showcasing unique creations, daily specials and seasonal signature dishes, with bold flavorful ingredients sure to satisfy taste buds from around the globe. And a bar program of beers, wines and classic and trendy cocktails. 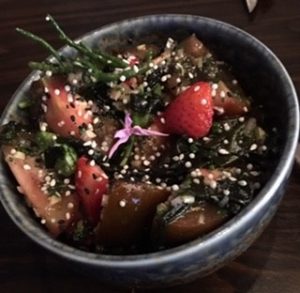 Las Vegas is chock full of amazing restaurants, but Sparrow + Wolf is by far one of the best!  Be sure to make a reservation! We went on a Sunday at 5:00 p.m. and the place was packed in less than thirty minutes.

Pros and Cons of Building a House in the Philippines