I thought about my first time venturing back to a movie theater. Would it be comedy, action/adventure, horror? Did I feel a need to see Marvel’s Black Widow on the big screen and take the risk of being in a crowded movie theater or should I take a whimsical ride on Disney’s Jungle Cruise? Then, A24 rolled out David Lowery’s latest anticipated film, The Green Knight. A modern re-telling of King Arthur’s nephew, Sir Gawain and his journey to meet the legendary green behemoth. I was sold on writer/director David Lowery, his vision of the knights of the round table and the cast that included Dev Patel, Alicia Vikander, and Joel Edgerton. 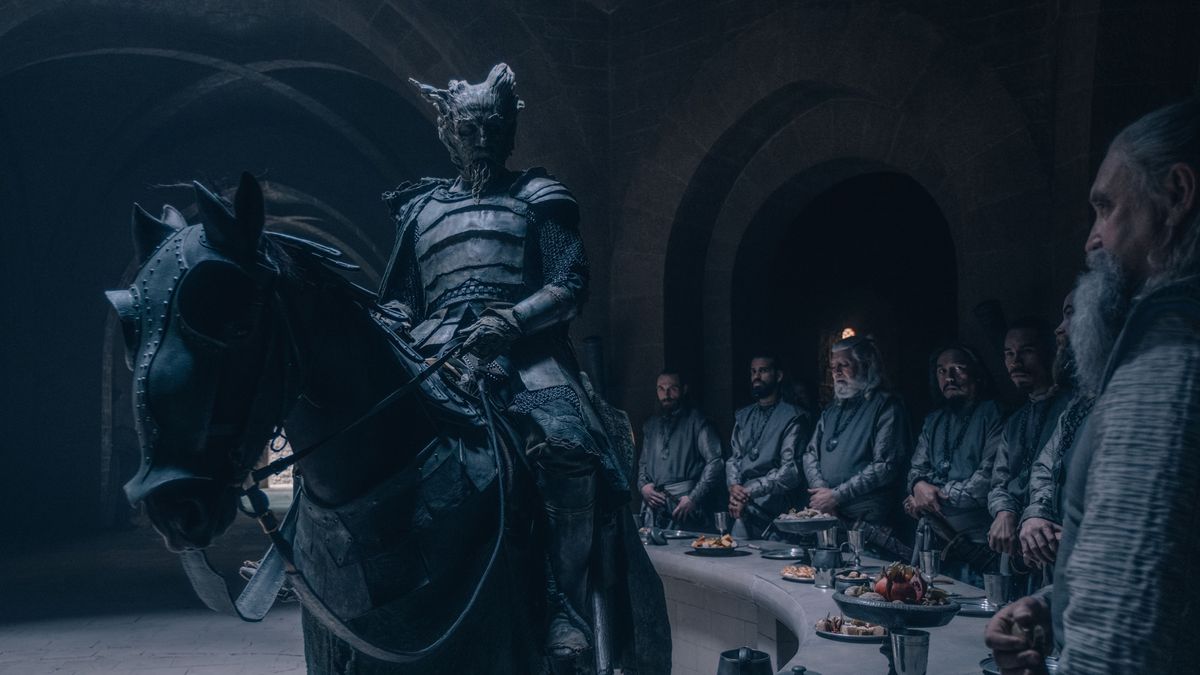 Writer/director Lowery first captured my attention with A Ghost Story where he gave us a ghost’s eye view of the world studying love, loss, legacy, and the contemplation of existence. Those are some big themes all rolled into one and could easily have audiences turn away for those with little patience. He is not a conventional filmmaker or storyteller.

Lowery paints in broad strokes and tends to explore many themes in his projects. Some may find his work confusing, aggravating, even tedious. But, the man is an artist in his own right. He defies the studio mentality and does not cater to the masses. Those of us that are willing to go along with his journey are awarded in the end with something very special and The Green Knight is no exception.

Dev Patel delivers a bravura performance as Gawain, ribald nephew of King Arthur. The young man is everything a virtuous knight is not. A whore-mongering man that loves his ale, food and over-indulges in all, never taking himself seriously. He does show affection for one particular prostitute, Essel (a very plain looking Alicia Vikander), who more than loves him and wishes to have a future with him. Although, his mother, sister of King Arthur, has other plans and works a bit of magic to shape her son’s destiny.

King Arthur gathers his knights of the roundtable and invites his nephew to join him at his side much to his surprise. Gawain hesitates, for he does not feel worthy and has no tales to tell as the other knights do. His uncle assures him the time will come and it certainly does as the dreaded Green Knight enters the chamber bringing all rivalry to a halt. 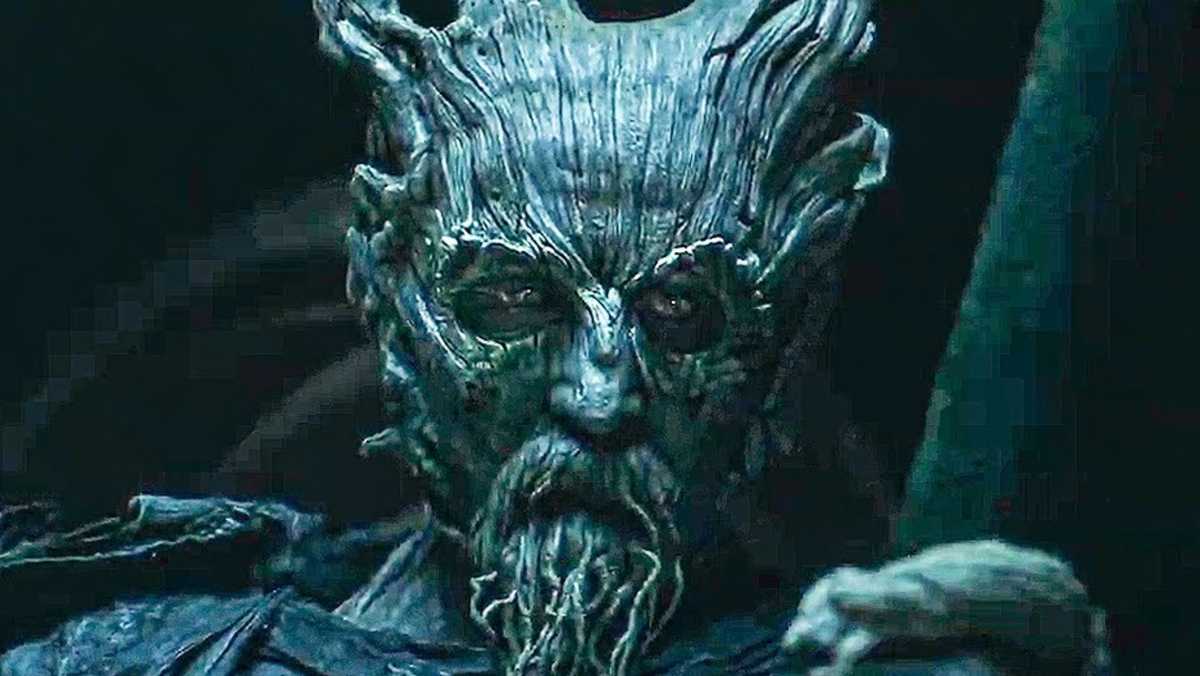 The ominous knight resembles a massive green tree trunk with a bellowing deep voice that issues a challenge. Even the bravest of knights does not take the offer. But, Gawain suddenly musters the courage to face him and Arthur assures him that what is taking place is merely a game. Now is his chance to have his own tale to tell. But, at what cost? His life? This could be his future to knighthood. To be remembered and develop a legacy.

Gawain receives King Arthur’s sword, Excalibur, to meet the challenge. I refuse to bring any spoilers further. But, I will tell you that along Gawain’s sojourn to the Green Chapel he is only armed with a sword, shield, and sash made by his mother who insists that no harm will come to him as long as he never takes it off. He will encounter thieves, the ghost of a young woman seeking her head, a fox that befriends him, a horde of female giants, a mysterious lord with his blindfolded old woman and the lord’s lady that is the spitting image of Essel, but far more attractive and vivacious, also played by Vikander. 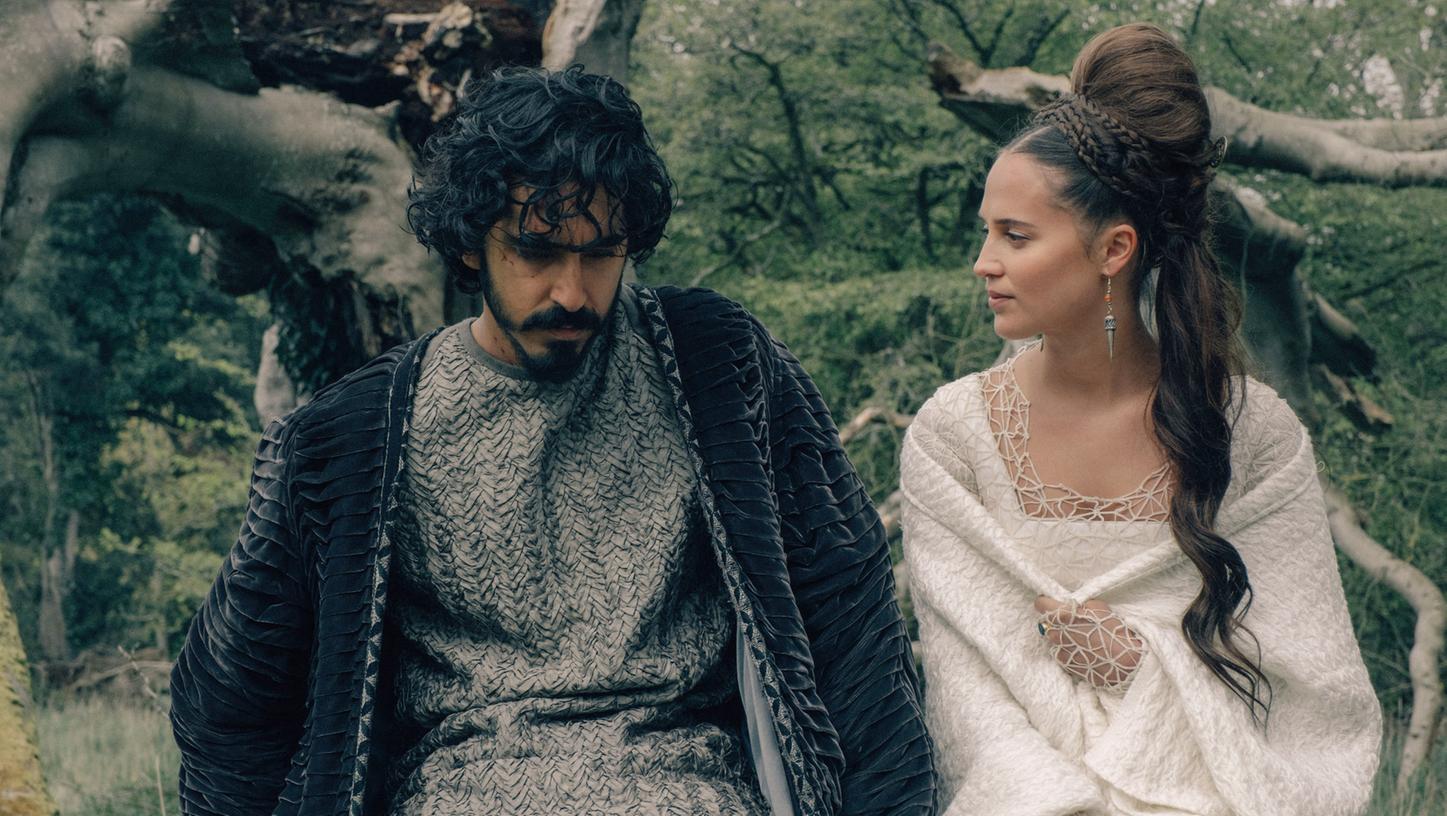 David Lowery has brought on his previous cinematographer from A Ghost Story and he brings to the screen just as much grit and dirt as he does lush richness, comparable to John Boorman’s ’80s classic Excalibur. Although, Lowery’s tale of one man’s search for fame and glory goes beyond jousting, battles and chivalry, his retelling is a modern one filled with sex, blood, magic and much contemplation on what we are put on this earth for.

The story is not a thrilling adventure, but a melodic piece of poetry that some may find rambling and perplexing. A thinking man’s nightmare of a fable. The Green Knight is not for everyone, but it is good soup for the soul of lovers of arthouse cinema.