The Wearable Art Gala is the ultimate family affair, starring Tina Knowles, a fabulous designer who also happens to be the mother of one of the most iconic artists of the 21st century, known as Queen Bee.  Blue Ivy, as adorable as ever, stepped out with Beyonce, both wearing gowns just as gleaming and glittering as her Mom and Dad’s platinum and gold albums. 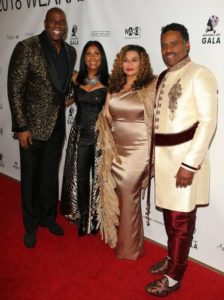 Jay Z, the beaming dad, watched his favorite women glide down the runway like the catwalk of a Victoria Secret fashion show wearing gowns by Falguni & Shane Peacock and Annakiki.

One of the highlights of the celebrated event was the auction, which included a painting of a young Sidney Poitier.  Blue Ivy was impressed enough to bid $10,000 for the artwork, but her father intervened before the gavel made it to the $19,000 price the painting fetched.  Ivy, did however, make it home with a beautiful $10,000 gown. 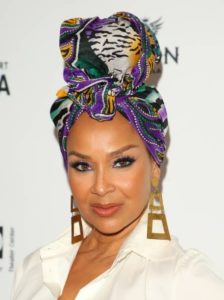 Hosts Tina Knowles and husband Richard Lawson created the theme of the event – based on the hit film, “Black Panther.”  The evening was a success with champagne flowing beautiful flowers and wonderful food. 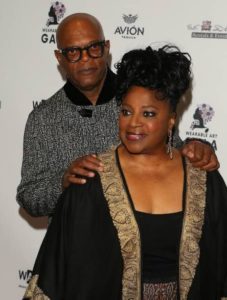 Tina Knowles has been designing since her famous daughter’s career began to take off as a member of Destiny’s child.  She would create outfits for the young girls who became known, not only for their singing and dancing style, but for their unique sense of fashion. 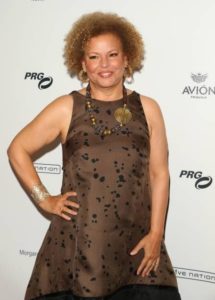 This was the second year for Wearable Art and many fans will have much more to look forward to next year.

Nicole Kasten -
0
Are you currently hunting for a new place? Want to make sure you choose the right one? Watch for these red flags next time you’re on a tour.
Thrive, Inspire, Live — No Strings Attached E-News - NSAEN is a lifestyle online magazine featuring eclectic entertainment, health and wellness tips, and your playbook to Vegas.
Contact us: info@nsaen.com
© Copyright 2019 | Designed and Developed for NSAEN, LLC