Long before she became a zombie slayer on AMC’s highest rated TV series “The Walking Dead,” Melissa McBride had already developed a mystique as to who she was and the type of actress she wanted to be — versatile, revolutionary and unafraid of taking chances. 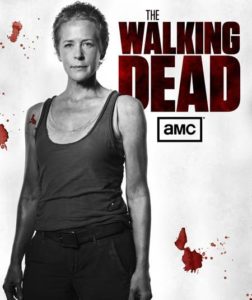 True to form, the 52-year-old actress who plays Carol Peletier on the groundbreaking zombie drama has become “the most unpredictable fan-favorite, badass character on AMC’s The Walking Dead,” according to comicbook.com.

As an action hero Carol is everything fans want in a woman waging war with zombies. She’s intelligent, resourceful, decisive and unapologetic when making deadly decisions. Yet, Carol’s psyche is not unlike the psychology of the enigmatic actress who plays her.

I first met Melissa nearly 25 years ago — long before the Zombie Apocalypse series debuted. There was always more to her than meets the eye. She seemed quiet and reserved. She knew how to be still in a busy room, observe others and just be herself. For as long as I knew her she rarely spoke above a whisper, almost with a ‘pillow talk’ voice and always with a bit of wit and Zen-like wisdom. 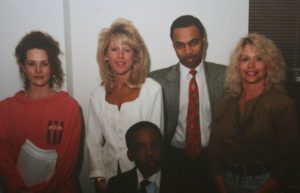 We met in 1994 at a social function for actors in Atlanta where we instantly hit it off. I’m very outgoing and sociable so I’m positive I went up to Melissa and introduced myself. At the time we were casting for roles in what would have been a low budget Indy film called ‘A Visit To Splendor.’ We sat together and talked.

Once we started talking about the possibility of Melissa being one of the lead characters she invited me back to her place to get away from the noise and interruptions at the event. She lived just a few minutes away from where we were and we were connecting intellectually and artistically so we went back to her place and continued our conversation.

To be clear, our relationship was strictly professional. We shared a mutual respect for each other. In my mind, Melissa’s honesty, vulnerability and engaging personality made her the front-runner for a lead in A Visit to Splendor. I was also impressed once I discovered that she was quite the artist who enjoys painting to relax, not unlike the character she would be playing in my script. 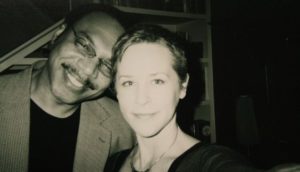 She was also mysterious, inconspicuous, funny and charismatic all at once — not unlike the character I had created. In fact, the more we talked the more transcendent she became. It’s safe to say she’s very private and guarded. We’re both students of human behavior so we enjoyed sharing our observations.

Although funding for the film fell through and the script was shelved, Melissa and I stayed in touch. The following year she had a role in the Sharon Stone film “Last Dance,” only to see her character cut from the film when it was released. 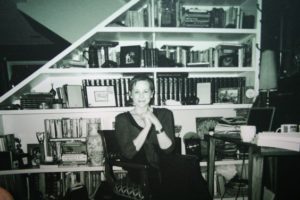 That same year she was cast in the television movie “Her Deadly Rival” and she stayed busy with supporting roles on television series like Walker: Texas Ranger, In the Heat of the Night and Matlock. Later she became a casting director in Atlanta for several years.

Melissa’s personality is eccentric in a wonderful way. Like her character on “The Walking Dead” she doesn’t live a life of regrets. She lives in the moment. I found her instincts to be keen like a cat’s — careful, cautious and deliberate. In fact, she had a huge cat and they got along great, may he rest in peace.

I knew Melissa had been casting parts for “The Walking Dead” when it debuted, but when I heard she became a regular on the series I had to see her as Carol! She’s become a real fan favorite. I think she’s great on the show! I keep hoping she gets an Emmy nomination. Her character has incredible range, survival instincts and a phenomenal fan base. 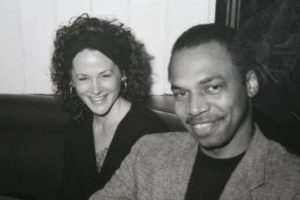 “Losing My Leg Was a Gift”

Shelley Stepanek -
0
Beautiful acts with amazing grace, along with comedy, images of Frank, Elvis and Marilyn with their hit songs, will amaze you.
Thrive, Inspire, Live — No Strings Attached E-News - NSAEN is a lifestyle online magazine featuring eclectic entertainment, health and wellness tips, and your playbook to Vegas.
Contact us: info@nsaen.com
© Copyright 2019 | Designed and Developed for NSAEN, LLC