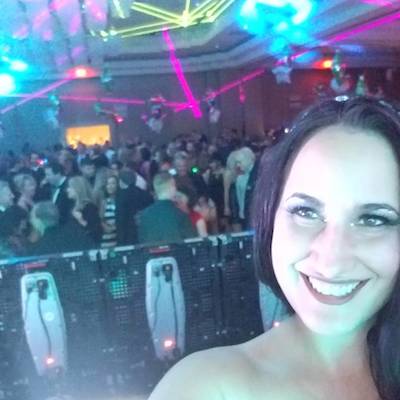 I would like to welcome Vanessa Hundley to the BTS Entertainment Corner. Not only is Vanessa a talented DJ in the bustling Atlanta area, she has also hosted her on WEB TV show, been a guest DJ on other WEB TV shows and is a Producer and Film Festival Consultant for the NSAEN Online Film Festival.

1) Hello Vanessa, first off I would like for you tell our readers about your journey to the beginning of your career in 2001. Was it a love of music, entertaining people, or a combination of both that got you started?

I have always been immersed in many styles of music throughout my life. I took a lot of dance classes when I was younger, including ballet, tap, jazz and others, and I played the flute and the tuba throughout my years in school band. Plus, we always had a radio on and I was a child of the MTV generation, so there was a lot visually going on with music and artists that really helped you identify with them even more than in previous generations.

On a professional level, I had started out as a licensed massage therapist right after high school as it was a more practical option for myself as a teen mom. A few years later I transitioned to bartending when I found myself looking for a more social vocation. Not too long after I moved to Atlanta I managed to get hired at Bellbottoms, a popular retro club at the time in Buckhead. Sometimes I wouldn’t be needed behind the bar right away, so I would go upstairs and play with the lights until it was time to pour.

It was actually the house DJ (also my first mentor) who turned to me one day and said, “Why don’t you think about being a DJ? You’ve got the timing, and you know the music.” After shift that night he walked me through the mechanics of my first beat matching lesson, and then told me to come back when I could do it on my own and he would teach me more. It took me two weeks of practicing, over and over again, before one day I got a perfect beat mix that went for over two minutes. And then the journey continued… and is still going!

2) I DJ some myself, although not to the level you have taken your career. I can relate the feeling of seeing people dancing to what I’m playing to people laughing at my bits when I’m doing comedy. Can you compare those moments when you have the club jumping to anything else you do in life?

One of my favorite things that my first mentor told me was that, as a DJ, if you can talk to people with music, you don’t have to say a word.  Of course I like to play with people and celebrate with them and share the moment, but some of my favorite times are when everyone is at the point where they really just let themselves go and follow the energy. And at the events I am part of we create the energy together, so over the night it becomes this symbiosis of artistic give and take that is hard to recreate in anything that is solo or not in the creative sphere. 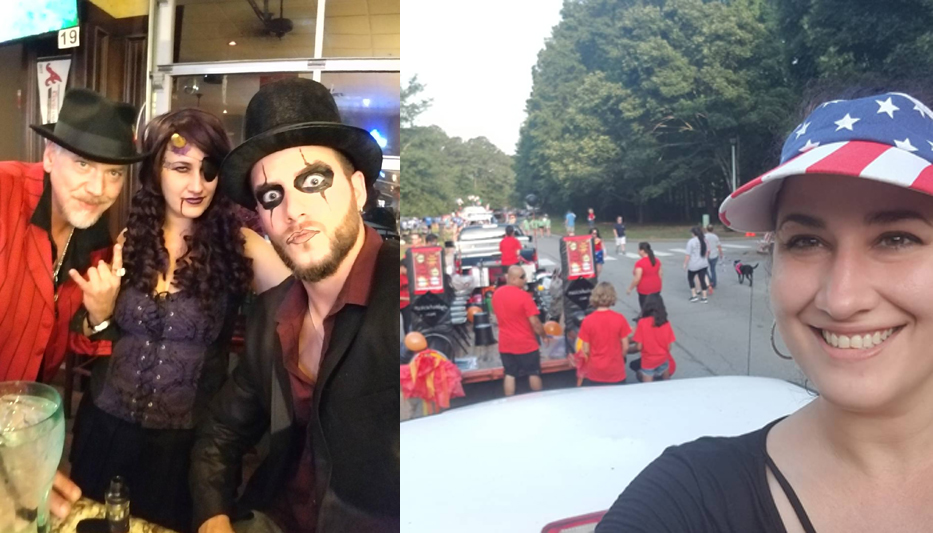 I do feel that same cohesion with myself after a really great web episode, or after finishing a piece of writing, or when I figure out how to move forward on any one of my projects, but that tidal connection is something that you can really only nurture in a group situation.

3) I’m a big fan of your “Audioprism” WEB TV show. You really did a great job putting it together, doing the research, bringing people new music, showing the clips and hosting the show yourself as well. Not to mention the Jessica “It’s All Good” Williams special segment as well. Where did the inspiration come for the show’s format and where are you taking the show now? 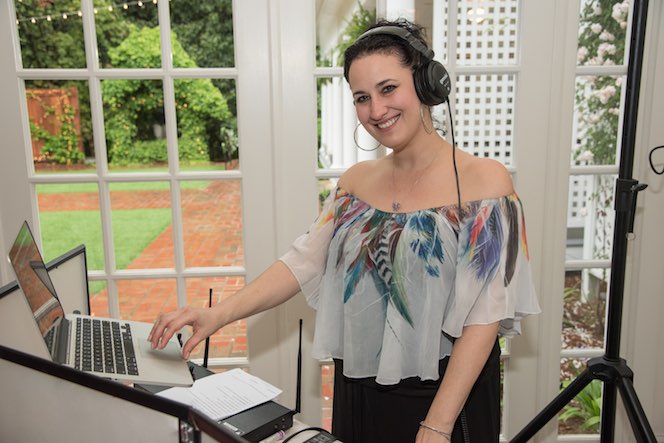 Thank you for that! “The Audioprism Show” was my first foray into writing and developing an online show. I had been around several of them in the prior years, and between watching others and doing more online research I found a lot of good resources and guides to help me with structure and such.

I know so many incredibly talented people that I definitely wanted to bring on the show so we could explore not only what they did, but how it could be incorporated into so many other complimentary events and projects. It has been wonderful being able to talk more about music and movies and creative endeavors of all kinds with people who are dedicated and passionate. And because I love so much about music, I really wanted to be able not to just look at the new music and where it’s going, but be able to look back at where music has been. If you have ever been  at one of my live sets, you already know that you never know what you might hear next.

Currently, I have been restructuring and updating all the behind-the-scenes technical stuff, but coming soon is going to be a whole new series of interviews, plus in-depth explorations of music and how it has developed, reviews and explorations of new and old music, and how DJs use different types of music in different scenarios to create the energy they or the client want. Plus, so much more.

And of course there will be more of comedienne Jessica “It’s All Good” Williams! There were instant collaboration sparks the minute we met, and we have some very enthusiastic outlines and ideas for the future!

4) You’re an incredible, multi-talented lady. What other talents do you have that we may not know about? How about any upcoming projects we should know about?

That’s the fun part about a lot of us creative types, we often have so many more interests than just what we are known for! One of my earliest passions was acting. While I don’t see that in the cards as a full-time vocation in the future, I have translated my many years on the microphone into work as Voice Over talent, which is a fun way of acting without all the hair and makeup.

I also love to write, usually poetry but sometimes short essays or stories. Painting and creating art of all kinds puts me in a very happy place. And to tie all my passions together, I am actually working on a book project that will have online video supplements to go with it. I will definitely come back with more details on that as it becomes more developed.

In the meantime, though, I have finally gotten up to speed in 2018 and created a Mixcloud page, where I have been uploading mixes that I’ve been recording live at a variety of events. I have some new ones from the summer going up soon, so check it out at www.mixcloud.com/djaudioprism. There is and will be all kinds of sets with all kinds of music — because that’s how I spin!

5)  Vanessa, it was an honor to bring you to our board of directors for the NSAEN Online Film Festival. I must say your contributions have been amazing. What did you learn from your first year as a Producer and Film Festival Consultant? What are you looking forward to in 2018 for our festival? Any favorite films from the first year, we had some great ones! 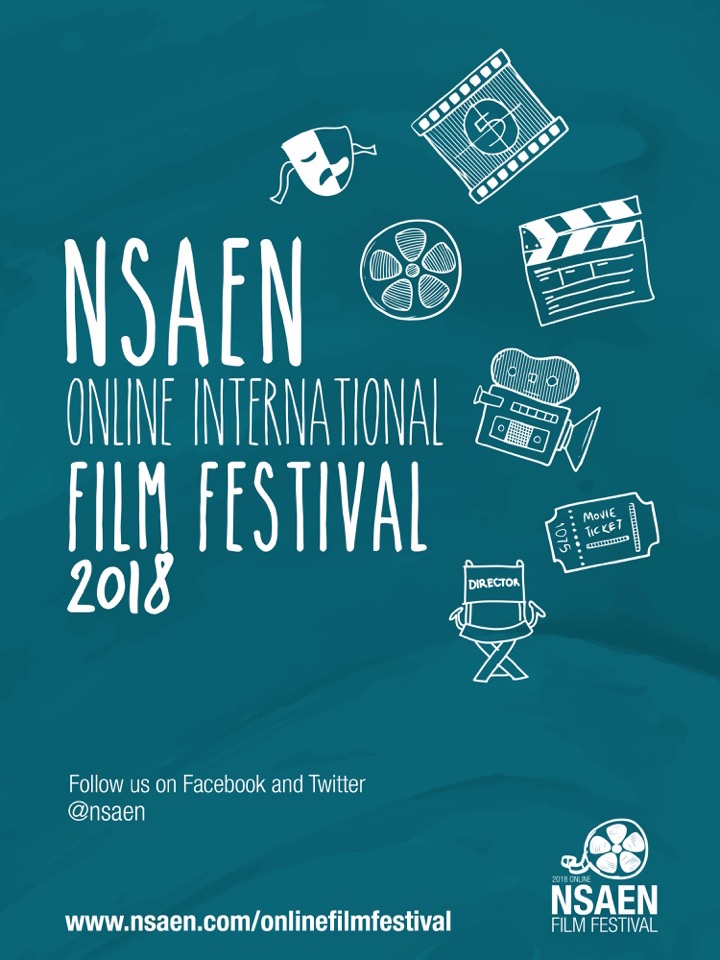 It has been an honor to be a part of it, and I am of course thrilled to be part of it this year as well. Like with many other things I have had the fortune of being part of throughout my life, it offered me a unique look at the whole film festival industry. Which, to be honest, I had never thought of being part of before; another one of those random life opportunities. But, as with being a DJ, one I am so glad I took the chance to be part of. It has allowed me to be part of a stellar group of people who are all forward-motivated, principled, and just so positive.

While I am used to working with other people, to have a group of this size who has never met in person be so productive and respectful of each other is wonderful. I have learned something from each and every person on the board, and I have also been so impressed by my cinematic experiences with the submissions.

As a DJ, I create moments for the moment. Filmmakers and TV producers create moments that are out there forever, to be judged time and time again. It takes such dedication and bravery to do that that every submission is a testament to someone’s drive.

There were several 2017 submissions that really delivered. Among my favorites were The Drunk Lonely Housewives Book Club,The Breakout! A Rock Opera, and Second Chance. A comedic web series, a musical, and short film about second chances — such a variety of messages but all well done and each entertaining in their own right. So for 2018, all I can say is, keep ’em coming! Submit submit submit!

6) Any last thoughts, advice for other entertainers….warnings?

Last thoughts…keep reaching out to others! We are in a world right now where there are many who would like to silence people who are only now getting a voice, so reach out and help those voices that can’t be heard as loudly yet.

Advice for other entertainers? Have confidence in yourself and what you do, but not so much that you think you don’t have anything left to learn. When you feel like you have nothing left to learn is when you start to get stale.

I learn even from the DJs I train now, they help me see songs I have played 10,000 times in a new light or help me explore new technology and techniques.

As for warnings… always put the deal in writing!

John Loranger -
0
Alas, he did not want to be a poet or a mystic; nor a lover, an athlete or a worker/husband/father/corpse.  What Sergei really wanted was world-destruction.
Thrive, Inspire, Live — No Strings Attached E-News - NSAEN is a lifestyle online magazine featuring eclectic entertainment, health and wellness tips, and your playbook to Vegas.
Contact us: info@nsaen.com
© Copyright 2019 | Designed and Developed for NSAEN, LLC