Writer/director Ti West was once asked why he chose a western as his latest film when he was primarily known for horror. West seemed agitated and quipped (I’m paraphrasing), “What, you think that’s all I can do?” No, he is very capable of doing all genres, but the man knows how to bring forbidding horror to the screen as few others can.

Take for instance his latest foray into horror with A24, X. Out of all of West’s films, his latest is his most creative, shocking, and unexpected. You may even see things you wish you could unsee. Ti West takes us back to the good ol’ ’70s era of terror that launched the original The Hills Have Eyes and Texas Chainsaw Massacre. Rob Zombie came close to this with House of 1000 Corpses. But, West is not just out to shock. He plays with our minds and gives us some rich characters that we get involved with. 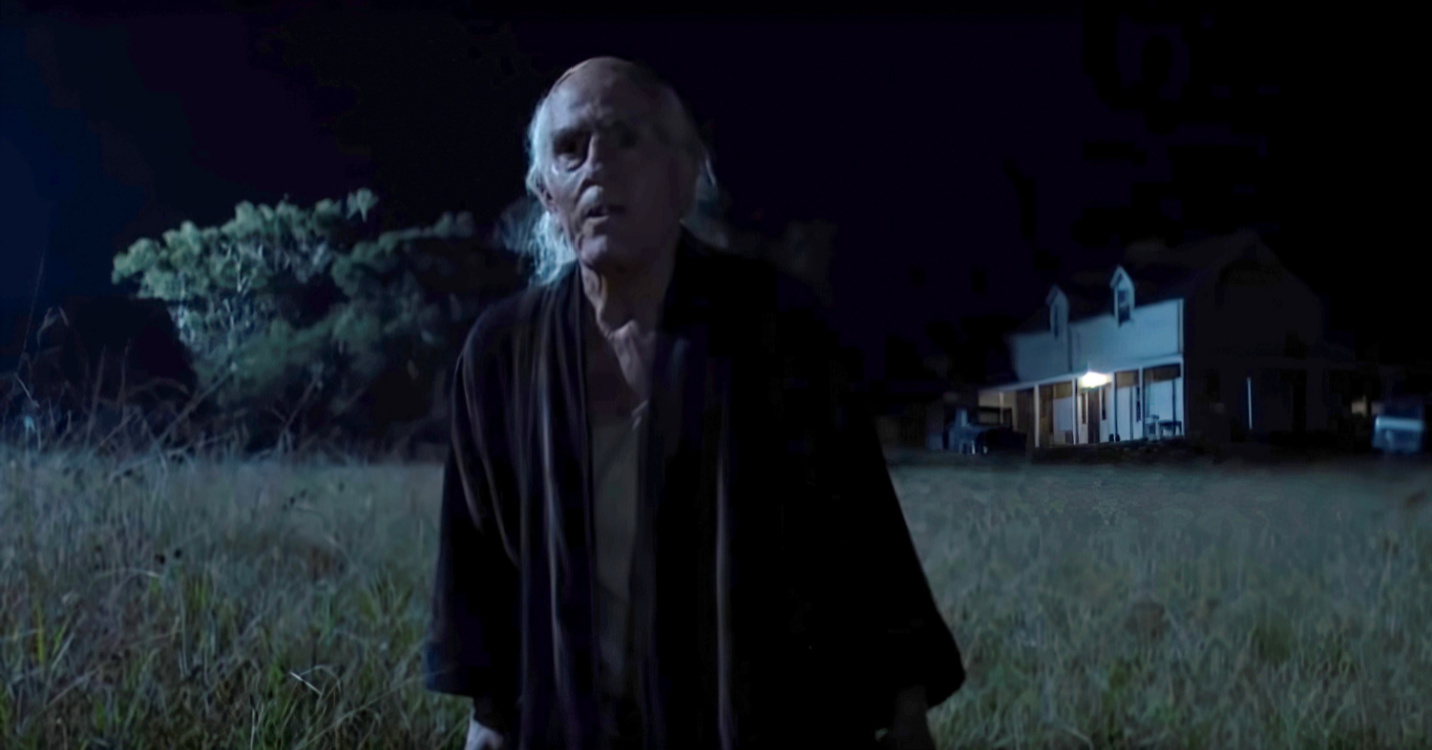 When they arrive, the old man is none to happy. But, Wayne slips him some extra money to keep him happy. Even though they are in an extra cabin, away from the farmhouse, the old man warns them to keep it down because his wife is none too well. Already you can see where this is going. But, West’s story and the way he shoots it is far from the average slasher film. There are plenty of surprises in store. 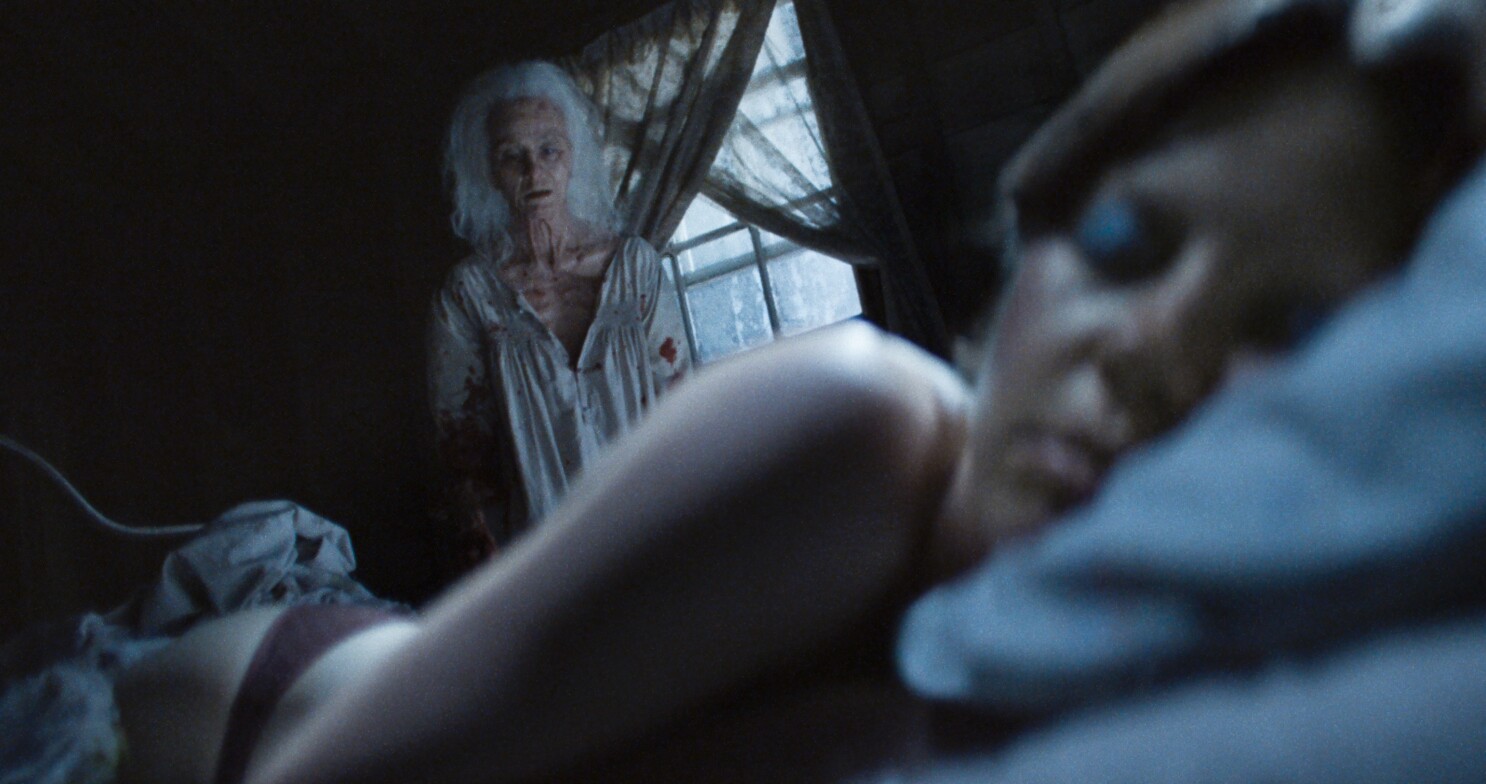 That old couple is not the typical threats you would think. The old man just wants to keep his wife safe. He’s also suffering from a bad heart and abstains from sex with his wife for fear of dying on her. Now, when I say old, they are not your warm grandma and grandpa types. They appear to have more than one foot in the grave, liver-spotted and all. The old woman just wants to be loved and begs her husband to make love to her. She longs for the touch of human skin, but not in a cannibalistic manner. Okay, so now you know this is not going to be your typical horror romp, or is it?

Ti West goes in and out of the horror tropes while infusing new life into them. Horror fans will get the build up, know what’s coming, but the writer/director will still manage to surprise and shock them. The film almost feels like an A24 film with some of the quieter moments, but then it throws a curve ball that feels like a cross between Paul Thomas Anderson’s Boogie Nights and Tarantino/Rodriguez’s Grindhouse. 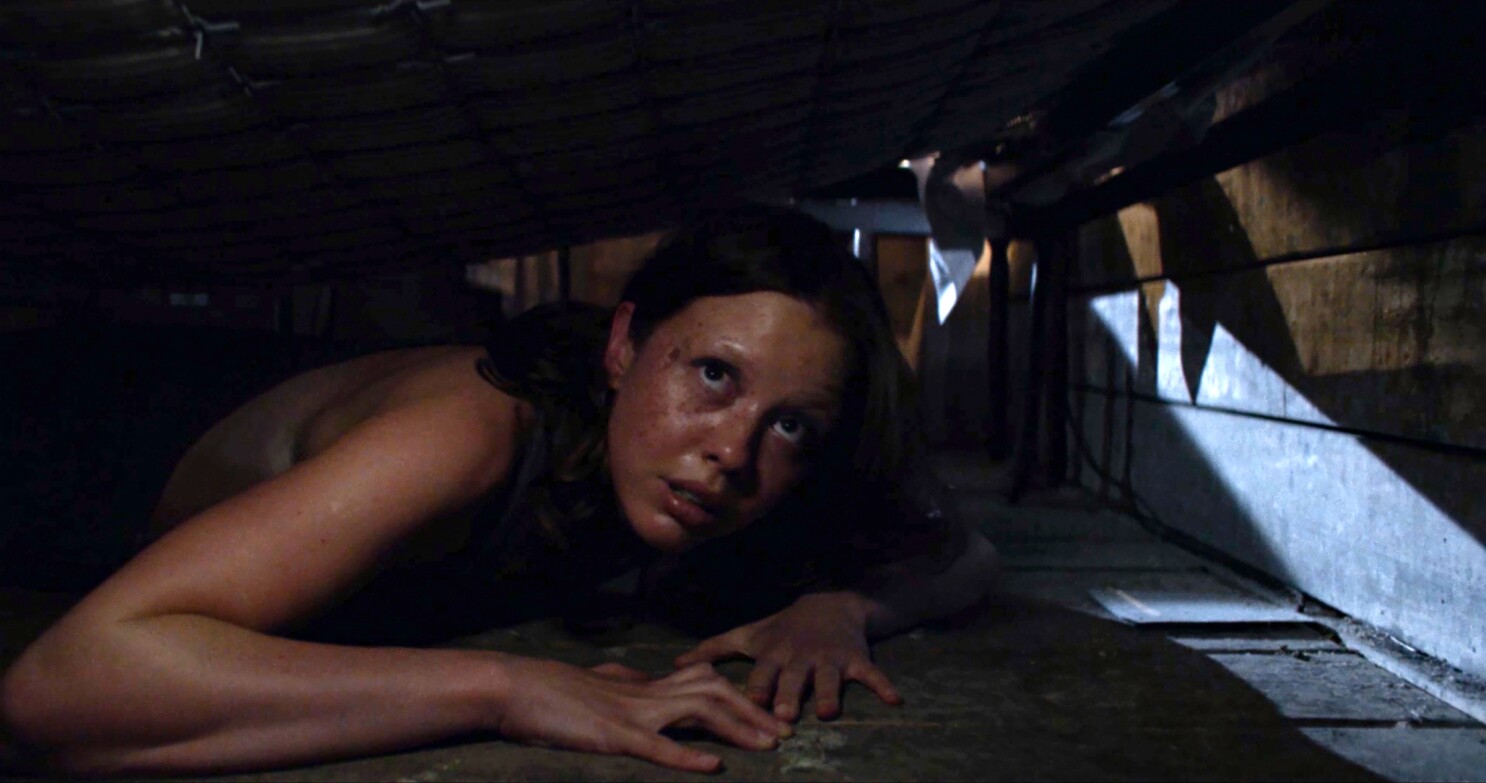 Mia Goth as Maxine Minx has a certain naïveté going for her, but at the same time gives off a trailer trash vibe. She could easily be the new screen queen of the decade. Brittany Snow, known for the Pitch Perfect movies, gives us the trashiest side of herself along with her co-star Kid Cudi and both are pretty damn funny. Those who are suppose to be behind the camera, Owen Campbell as RJ and Jenna Ortega as Lorraine aka “Church Mouse” are well suited as the corruptible innocence.

X is a rollercoaster of a shocker that is outrageous, funny, dark and not for the faint of heart or prudes. You will also need a strong stomach and that’s not just referring to the gore. Writer/director Ti West has taken the R-rating to its limits, but it’s not for cheap thrills. He has something more in mind and in the end we can’t help thinking about everything he has to offer.