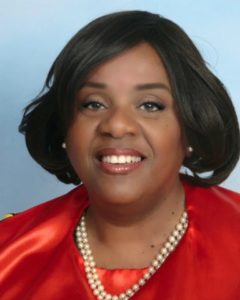 Indianapolis, IN.  The American Basketball Association (ABA) today named Shaun Brown as President of International Operations.  “We are very excited to have Shaun as part of the ABA management team,” stated ABA co-founder Joe Newman.  “She will become the first woman and African-American to head a professional sports league’s international division. Shaun brings her love of the game, her three-point shot, international business and compassion for people to the ABA by her current run for Congress in Virginia, and could become the first African-American to represent Virginia in Washington.”

Known by her family as an “on the road scholar,” she is a graduate of Brown University, the London School of Economics and St. Hilda’s College, Oxford University where she played on the medal winning Oxford women’s basketball team. “With the ABA currently in Australia and Mexico,” added Newman. “We look forward to Shaun’s thirty years of overseas experience as we expand into Africa, the Caribbean, the Middle East and the world.”

local Virginia athletes before they turned professional. “We have the most diverse sports league in the world,” continued Newman.  “That is why our efforts with Shaun to expand our operation into Africa are critical now as next year will be the

400th Anniversary of the landing of the first Africans in Virginia (1619-2019).  Working with Shaun, the ABA Media & Entertainment Division will assist in the international release of a book and feature film telling of the story of the first

“20 Odd” Africans in America and their child, William Tucker, the first black child born in America.”

“I’m pleased to accept the appointment,” stated Ms. Brown. “Little did I know that the kid who went to the Virginia Squires games with Dr. J at the Hampton Coliseum would have a chance to head up the league’s international operation. It is very

exciting.  Or little did I know that playing as a member of the Oxford’s basketball team in tournaments in Paris and Istanbul on outside courts would provide invaluable experiences for this ABA opportunity.”

We welcome Shaun and are looking forward to working with her in expanding the brand around the globe!

Ainsley Lawrence -
Because seniors can struggle with things like depression and isolation, they need to spend time outside. So, what can you do to help make an outdoor space more accessible for the senior(s) in your life?
Thrive, Inspire, Live — No Strings Attached E-News - NSAEN is a lifestyle online magazine featuring eclectic entertainment, health and wellness tips, and your playbook to Vegas.
Contact us: info@nsaen.com
© Copyright 2019 | Designed and Developed for NSAEN, LLC