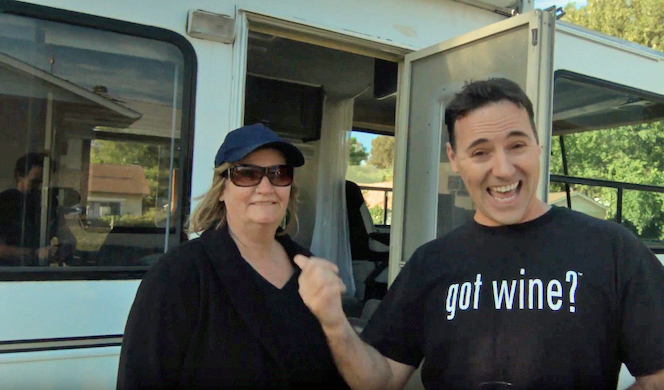 “A Fine Time to Wine” is a new travel TV show in the spirit of Huell Howser. We are located in Los Angeles and we are proposing to engage sponsorship to develop this original and informative series.

There is a huge demographic of wine enthusiasts in California and there is nothing currently on the air that resembles our inventive and adventurous format. The potential for mainstream success and exposure is monumental and we are searching for the right creative partners who are interested in partnering with us to execute content.

“A Fine Time to Wine” has been an official selection in many film festivals, and most recently, a top two finalist in NSAEN’S Online Film Festival.

Say “wicked pissa” to a Bostonian, and they’ll know you are talking about the cream of the crop, as in “That movie was wicked pissa!” Los Angeles transplant Josh Mitchell paid homage to his Boston roots when naming his public relations company Wickid Pissa Publicity.

Wanting to expand upon his love of entertainment, the writer/director/producer/actor founded Wicked Pissa Publicity, which is dedicated to entertainment and lifestyle public relations, in 2008. With clients including VH1, The Grammy Awards, and Florida Travel & Tourism Bureau, Variety411’s newest listee is a full service public relations, marketing, branding, and events firm. He currently lives in Los Angeles, CA, and in addition to his publicity firm, he is an actor, director, and independently produces his own films and other artists film projects.

Heard as the voice of the character Willie, Kathy Tessalone is the creator, writer, and executive producer of the animated wonder, Dog’s World.

Starting off her electric career, Kathy worked as a make-up artist in theatre, TV, and film for 15 years. After studying business and education at Marymount Palos Verdes College, Kathy put her business savvy to work. She got her real estate license and started buying and selling real estate, and she financed, managed, and founded her own successful daycare for children with special needs.

As a Special Ed Teacher Assistant for the Los Angeles Unified School District, Kathy noticed the lack of quality and wholesome entertainment. Together with her passion and persistence and armed with her business experience and teaching credentials, Kathy fulfilled her dream of creating educational television with wholesome values and sidesplitting humor. In a nutshell, the children Kathy has worked with over the years deserve some of the credit for the inspiration behind Dog’s World.

In addition to Ms. Tessalone’s career, in June 2005, she acquired a California real estate license. Along with her production company, she has plans to own and purchase other properties and movie companies.

Ms. Tessalone has also been a drama coach at both her high school, Chaminade College Preparatory school and a teacher at Woodlake Elementary school, and helped organize the school plays. When Ms. Tessalone was creating Dog’s World, a lot of her inspiration came from the kids.