Warner Brothers Studio hits a grand slam with King Richard and a fabulous performance by Will Smith. It’s the story of the molding of two of the most remarkable tennis stars, Venus and Serena Williams, but this is not just another sports tale. Director Reinaldo Marcus Green and first time writer Zach Baylin concentrate not only on the title character, Richard Williams, they also give plenty of time to the family dynamic under Richard’s ruling. 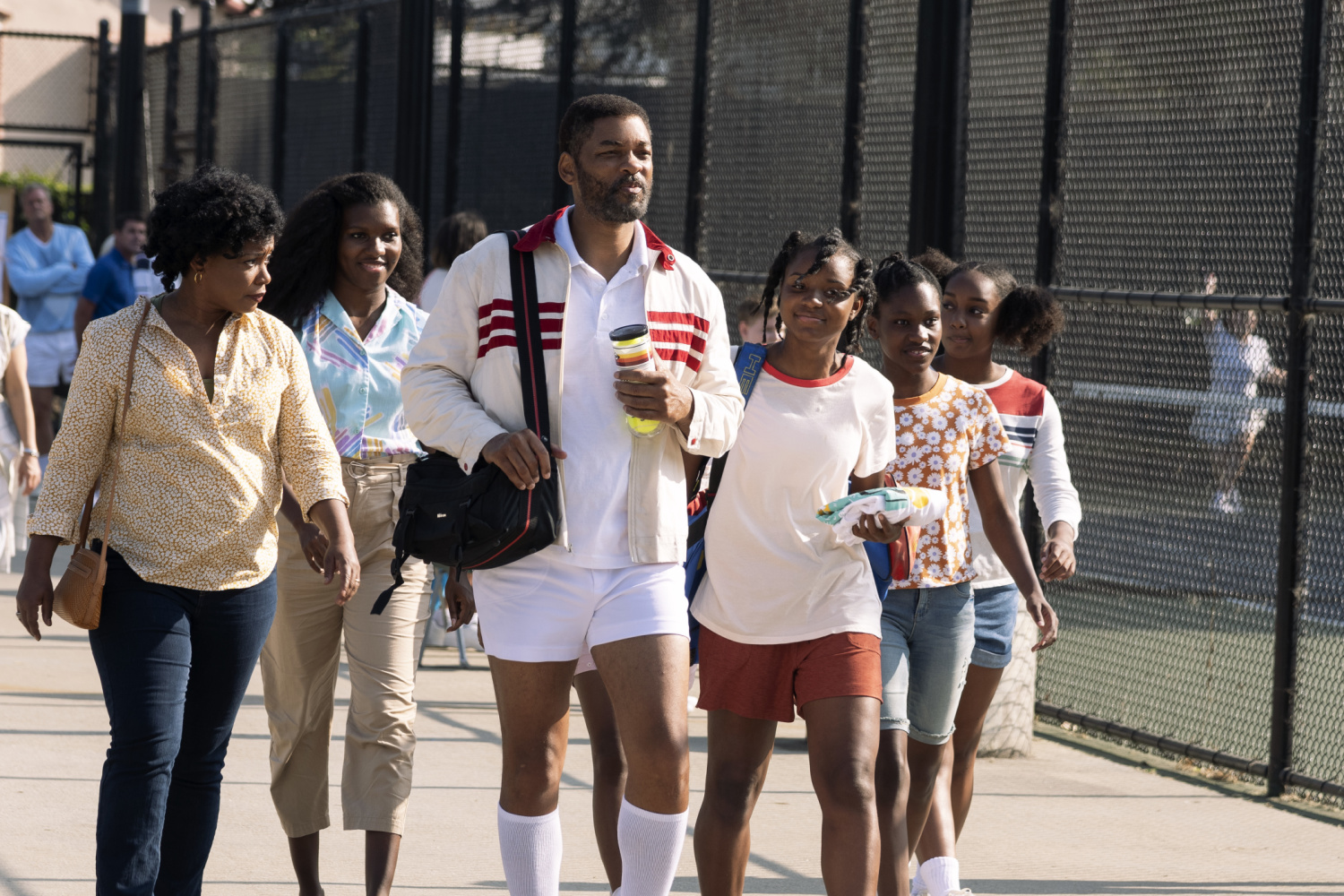 Richard Williams had a plan for success for his whole family from the time his two daughters were born. He wanted to make them the greatest tennis players in the history of the sport. This was a way to get he and his family, his wife, three stepdaughters and his two daughters out of the ghetto of Compton, California, and become wildly rich and famous. Lofty dreams at best. But, his wife, Brandi, believed in his plan and the two of them were not just out to make sports stars out of the daughters they shared together, this husband and wife team would drill the importance of education for all their daughters.

This did not come without its bumps on the road to success. Not only did Richard and Brandi spend a good deal of time coaching their daughters day and night, they also held down two jobs; Richard as a security guard and Brandi as a nurse. Richard also had to fend off the gangs from his daughters and was severely beaten several times. Nothing ever deterred him from his quest even though several luminaries in the game wouldn’t even take a glance at the girls. 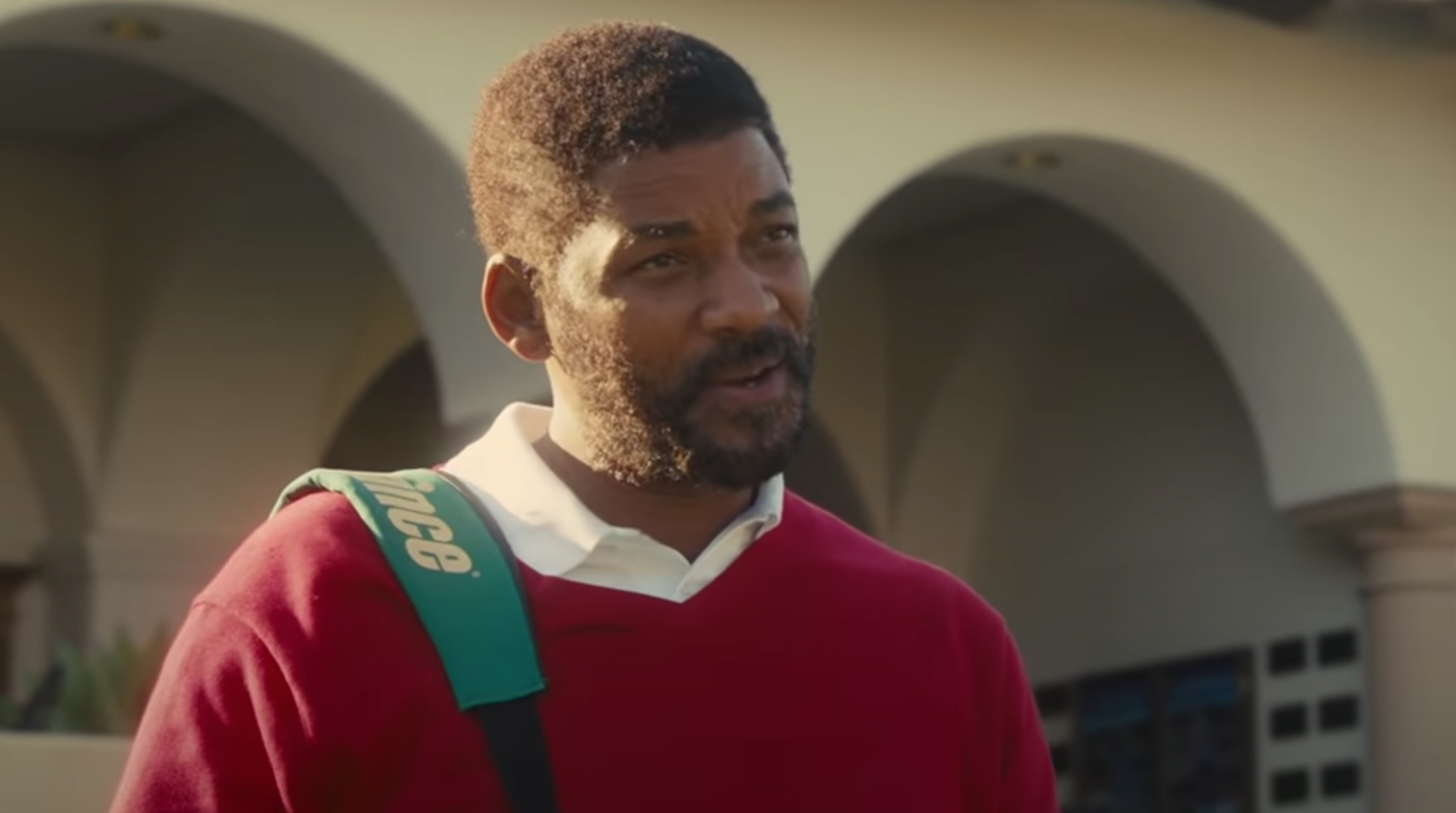 The film chronicles their struggles with Richard’s single-mindedness, going against the grain of everyone that did not believe in them (the family), cutting corners in competition and even battling neighbors who strongly felt that the parents were too hard on the girls. By no means is this a single story about Richard Williams or tennis. That’s the magic to this film – it’s about family and working hard for your dreams.

Much has been said about Will Smith’s performance as the patriarch. It’s probably his best performance since The Pursuit of Happyness. Smith is not just performing, he inhabits the very spirit of Richard Williams. From his hobbling gait to his posture, facial expressions and voice, Will Smith proves to be the very essence of the man who would be king. 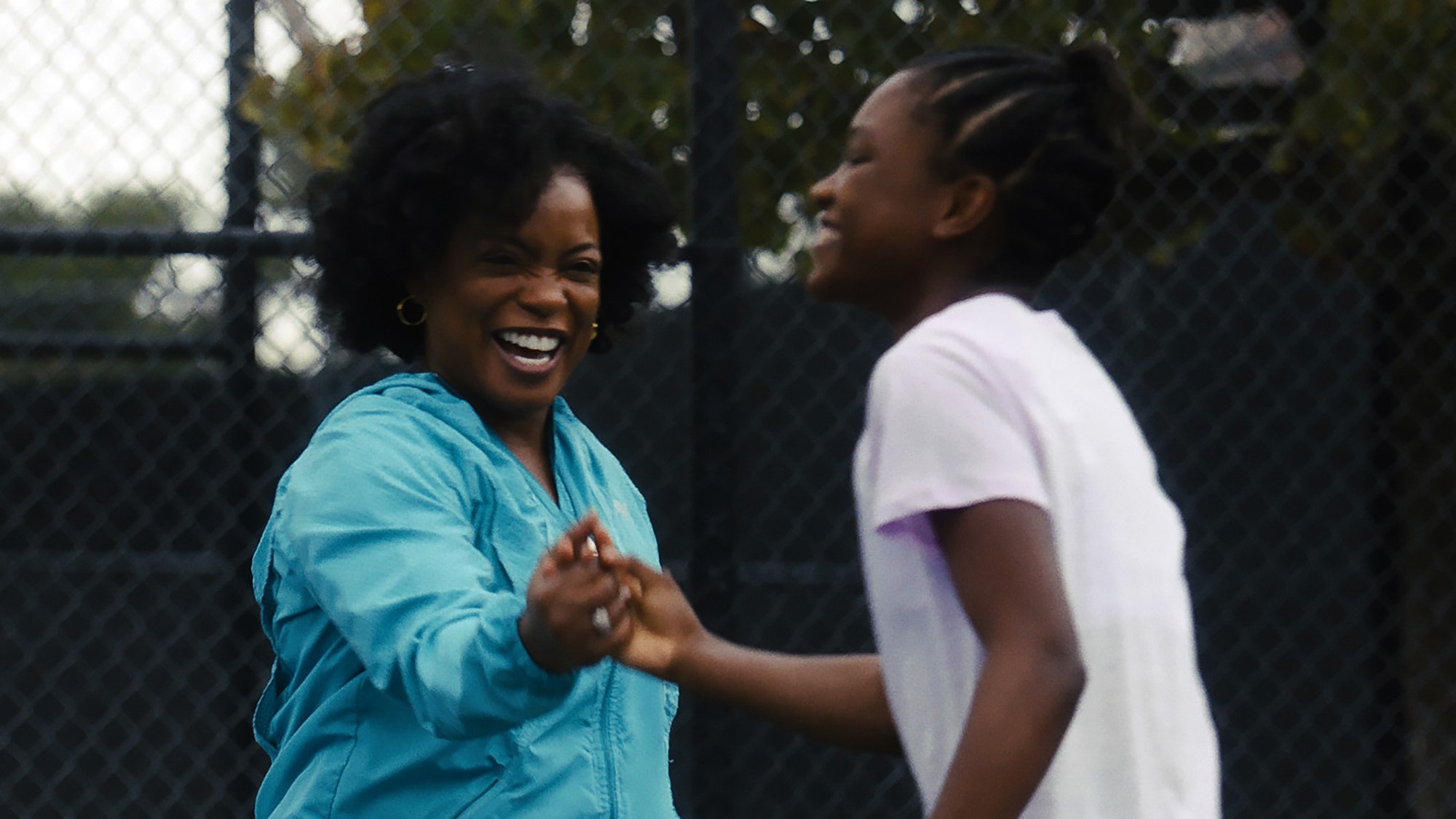 If there would be a negative throughout it all, Smith, the writer and director omit some of Williams’ more surly moments. But, the Williams family has not only approved of the movie, but praises the depiction. Aside from Smith’s brilliance, Aunjanue Ellis as Brandi is both warm and strong. Her scene confronting her husband on his tyrannical attitude is an emotional highlight that had many in the audience in tears and applauding.

In fact, I don’t remember the last time I heard so much applause in a theater. The film is an emotional rollercoaster and at the same time a natural feel-good movie. The entire cast shines, especially Saniyya Sidney as Venus and Demi Singleton as Serena. You would never know that these two girls had never played tennis until they received their roles. It’s been said that they practiced three hours a day and then exercised another two hours before filming. 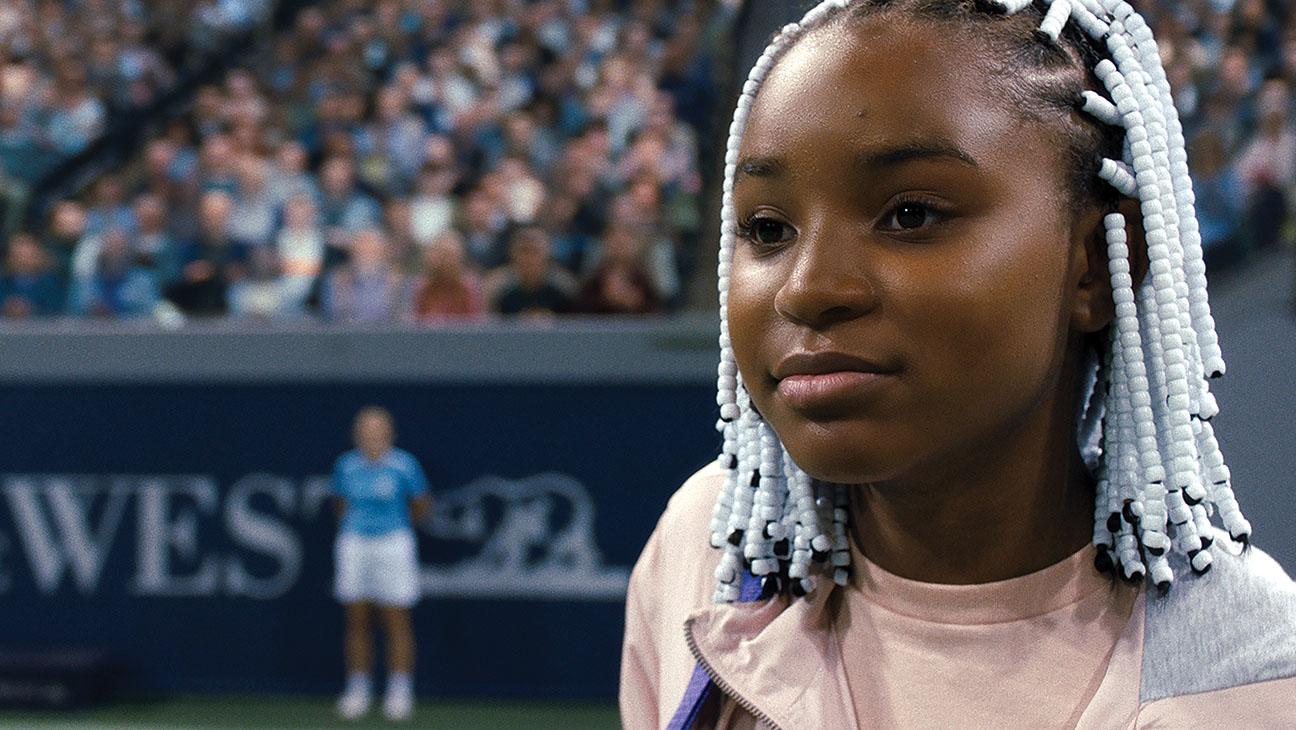 They are both a wonder to behold. We cannot help cheering for them on and off the court, and yet they remain kids who know how to have fun (and tend to rebel). Just like Will Smith, they embody the roles and we cannot help but be in awe of them.

Director Reinaldo Marcus Green and writer Zach Baylin deliver the very essence of an uplifting family film. Yes, sometimes the depiction of Compton and what the family faces is harsh, but that is a part of life that should not be kept hidden in the shadows. Even though this is a fairly true story, I have tried to keep it spoiler free for the sake of enjoying the film as much as everybody in the theater did. 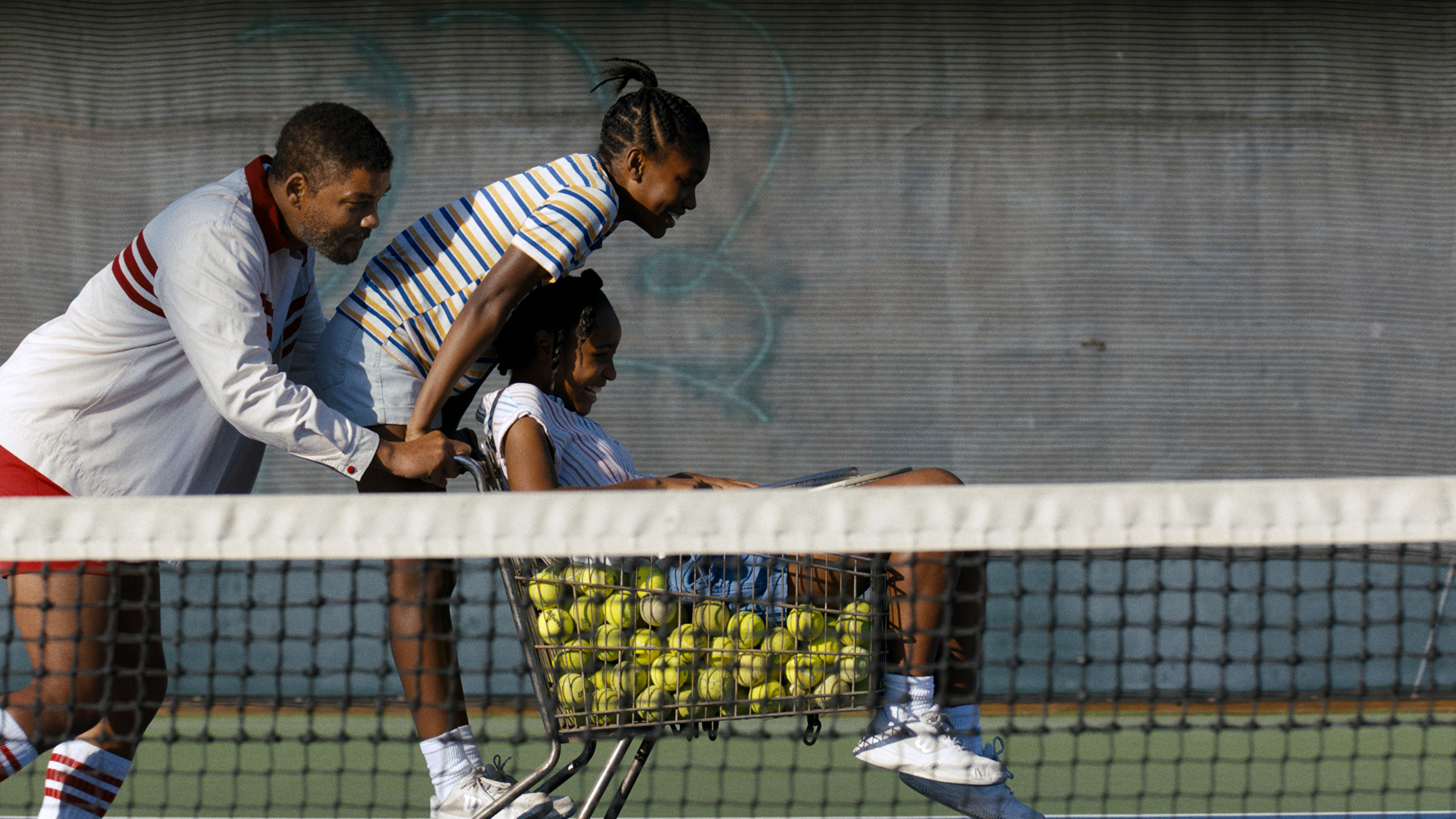 For those not familiar with all the history it will be an eye opener. King Richard will make you laugh, cry, and cheer with so many great lessons along the way. It is that rare film that feels fresh and entertaining without explosions, car chases, and crude humor. Here is a film that embraces the strength of family and the tenacity of never giving up on your dreams.

King Richard is currently playing in theaters (where it should be seen) and available for rent at Amazon Prime, Red Box, VOD. You can also add this one to your library…