Bling to HAPAwards Guests and Honoree 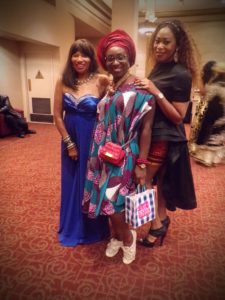 The HAPAwards has gained in popularity and festivities since its premier two years ago to celebrate the outstanding achievements in film by those filmmakers in the African Community.

Princess Monalisa Okojie, philanthropist, entrepreneur, and Jewelry Designer to the Stars remains committed to honoring Africans both here and abroad for the significant achievements they have made within the entertainment community. “Films are an important part of everyone’s culture,“ says Princess Monalisa; further elaborating, “Films are a powerful tool that influence the direction of the creative arts (writing, music, visual arts) throughout the world.  In addition, Hollywood has begun to recognize the significant impact Nigeria has as the second largest film industry in the world. Today, many quality films are coming from that country. Princess Monalisa stays connected to the African Diaspora in many ways; through her work as a designer and as the founder of Upward African Woman, a program that supports two schools in Africa.

There were ooohs and ahhs from the audience as she approached the stage wearing her own signature jewelry from the Nehita Collection. Standing regally with actor Patrick Faucette, they served as special co-presenters of the prestigious HAPA Award.

The evening’s celebration began with a large drum chorus of colorfully uniformed musicians marching on to the stage and surprising the audience.

Wendy Raquel Robinson, adorned in Nehita Jewelry, welcomed the special guests and members of the Hollywood community. This multi-talented and beautiful actress is best known for her roles as the high school principal Regina “Piggy” Grier on The WB comedy sitcom The Steve Harvey Show and as sports agent Tasha Mack on The CW/BET sitcom The Game. 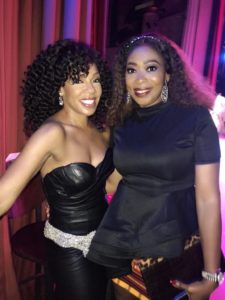 Adding to the gala’s Royal Romp, were His Majesty, King Mswati III of Eswatini and Head of the Swazi Royal Family and Chief Olusegun Obasanjo, GCFR, Ph.D., and former President of Nigeria. Presented as Special Honoree; Reverend Mother Esther Abimbola Ajayi from the UK.

The Hollywood and African Prestigious Awards (HAPAwards) are bestowed for achievements, recognizing outstanding individuals whose careers have been marked by extraordinary personal and professional accomplishments. Kings, Queens, diplomats, sports figures and those in the film and music industry are selected for this distinct honor. In addition, the HAPAwards are designed to promote the global blending of the cultures of Africa and the world while giving back to communities.

Navigating comfortably in the world of high fashion couture and the Hollywood elite, Princess Monalisa often enlists their support with the charities she is involved in. She has designed jewelry for many celebrities such as Whitney Houston, Halle Berry, Brian, and Paula White and Meagan Good.

Princess Monalisa decided to follow her true passion, becoming an expert in designing and identifying precious stones, achieving certification from the Gemological Institute of America in California after completing her degree in law. For her exquisite designs, she travels the world to select the best stones that are conflict-free.

For Princess Monalisa, America is her home, but her heart remains in Africa.