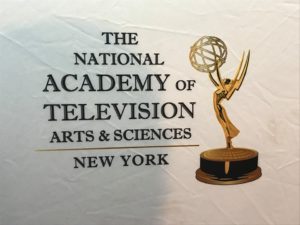 Three of the winning shows are original productions of NYC Media, the City of New York’s broadcast network and media production group. The fourth was produced by the Mayor’s Office of Immigrant Affairs (MOIA) and airs on NYC Life. All are available on-demand at nyc.gov/media. 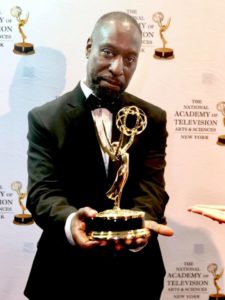 Blueprint: NYC – Coney Island claimed the top prize in the Nostalgia Program category. The half-hour episode explores the iconic part of the Brooklyn coastline dubbed the birthplace of American leisure by some historians, and how Coney Island was transformed into one the earliest great amusement parks. This is the second Emmy award for Blueprint: NYC, a documentary series exploring some of NYC’s most well-known architecture and institutions.

A Day’s Work, Season 1, Episode 2 – Dance won the Emmy for Arts: Program/Special. Viewers of this series spend the day with New Yorkers in various jobs, getting to see what it’s really like to make a living in these roles. The Dance episode shows the life of a dancer, a lighting director, and a dance physical therapist, all at the Alvin Ailey Dance Theater.

We Speak NYC, Rolando’s Rights took the prize in the category of Informational/Instructional. We Speak NYC is produced by the Mayor’s Office of Immigrant Affairs to empower the English language with tools to strengthen their language skills and become more familiar with City services. The winning episode featured Rolando and Silvia, a couple learning about their rights as workers.

All told, NYC Media received 15 NY Emmy award nominations this year – including four for Her Big Idea; and three each for Blueprint and A Day’s Work. 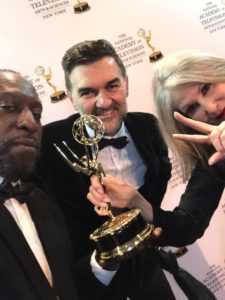 “We are honored to be acknowledged by the NY chapter of the National Academy of Arts and Sciences with the four Emmy awards this year,” said Janet Choi, General Manager of NYC Media, and Executive Producer of the award-winning shows. “The recognition confirms we are true to our mission:  to celebrate the rich diversity of our city’s people, history and neighborhoods with engaging and compelling content.”

NYC Media is part of the Mayor’s Office of Media and Entertainment and is the official broadcast network and media production group of the City of New York. As a network, NYC Media’s goals are to inform, educate, and entertain New Yorkers about the City’s diverse people and neighborhoods, government, services, attractions, and activities.

NYC Media’s flagship channel, NYC Life, explores arts and culture, entertainment and lifestyle, and history and education, and features the people and places that make NYC unique. NYC Life is available on channel 25.1 OTA and all major cable networks in the tri-state region.  Viewers can also now watch our content on the NYC Media apps found on iOS and Android platforms, most streaming media players and smart TVs.

The Mayor’s Office of Media and Entertainment also includes the Office of Film, Theatre, and Broadcasting which encompasses film, television, radio, theatre, music, advertising, publishing, digital content and real estate as it relates to creative industries. It serves as a one-stop shop for the entertainment industry, which has seen explosive growth over the last year in New York City, contributing nearly $9 billion and over 130,000 jobs. The Office promotes New York City as a thriving center of creativity, issuing permits for productions filming on public property, and facilitating production throughout the five boroughs.

Audrey Biloon -
In today’s polarized world, our real enemy is not each other but social media moguls, some in the news media, and some politicians, seeking to divide us for their own monetary greed and political aggrandizement.
Thrive, Inspire, Live — No Strings Attached E-News - NSAEN is a lifestyle online magazine featuring eclectic entertainment, health and wellness tips, and your playbook to Vegas.
Contact us: info@nsaen.com
© Copyright 2019 | Designed and Developed for NSAEN, LLC