PIC of the Week – Rare Beasts

Brainstorm Media may be a new contender with A24 in bold and risk taking with its release of their disturbing emerging artist/monster film Bloodthirsty and now the quirky black comedy that decimates the rom-com with Rare Beasts. No, this is not a horror film, but it is a very dark, twisted, and funny story about the most dysfunctional people you may ever see on-screen. Billie Piper proves to be a triple threat as writer/director and actor in one of those rare instances of a filmmaker willing to take the risk and leap of faith to bring their demented vision to the screen and deliver the kind of film that we haven’t seen since Carl Reiner’s Where’s Poppa? or Hal Ashby’s Harold and Maude.

Some may think that this is mighty high praise. I probably approach that with some caution since those movies mentioned are now considered classics. But, when they first opened those films were panned. People did not understand them. Those filmmakers dared to step outside the norms of comedy and broke so many boundaries to our hearts’ content. Billie Piper does the same with her bold vision of a nihilistic single mom with a disturbed child dipping her toes into the relationship arena only to find the worst possible partner.

Everything about this film feels like it’s going to be uncomfortably wrong and that the people in it are not those you would want to spend any time with. That could be very true and you can thank God they are only on screen and not in your life. But, there is something genuine about these broken characters that rings true and sometimes comedy can be found in the worst of tragedies. It’s a fine line to walk and not everybody will want to traverse it, but those willing to take the risk could find it remarkably refreshing from the dribble drabble of ordinary rom-coms. 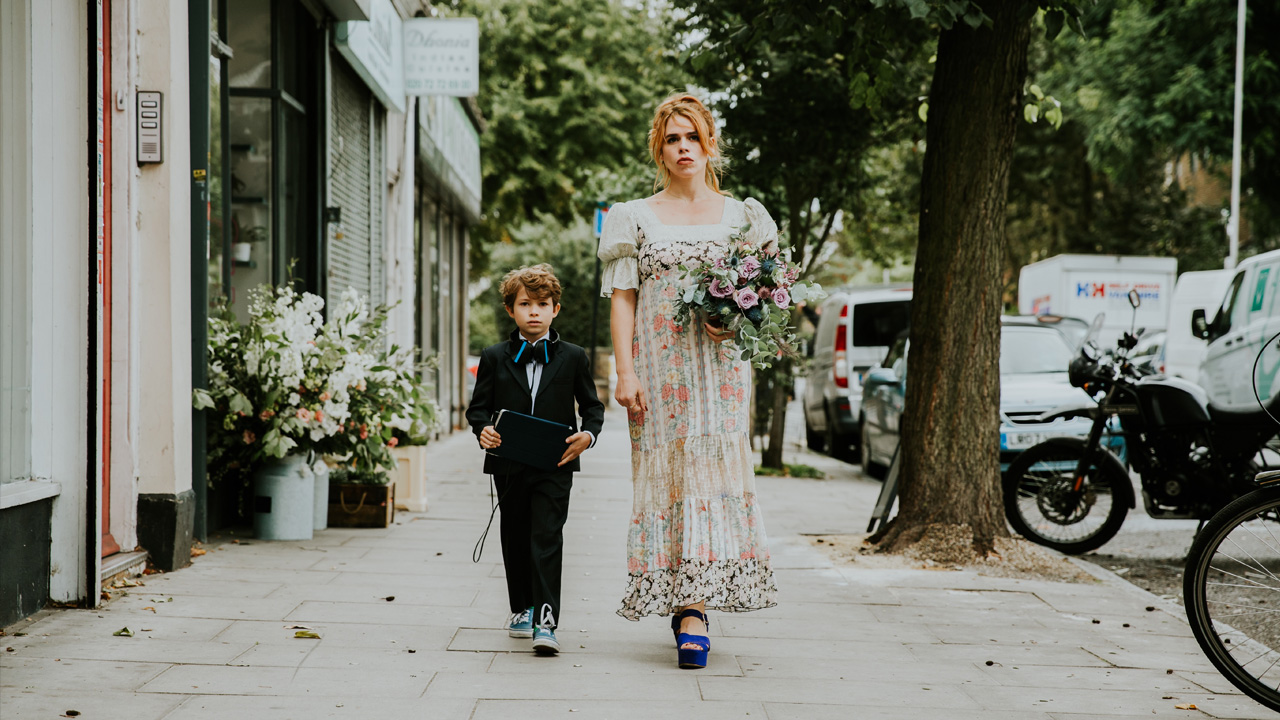 Piper plays Mandy, looking for love in all the wrong places, and, of all places, at her place of work. Mandy is not only nihilistic, she is insanely self-conscious which leads her to dating Pete, a member of an online community who considers himself unable to attract women and yet obsessed with marriage and religion. One look at Pete and some women would turn away. Once he opens his mouth most women would make a mad dash to the nearest exit. But, Pete’s obsession with Mandy attracts her to him since she feels no one else would have her with all her baggage – a child with behavioral problems, a mother terminally ill, and a father with a bizarre demeanor. Mandy and Pete’s relationship is a match made in hell with the devil grinning from ear to ear.

Going along with this insane situation is wonderful acerbic dialogue that stings with every jab. This may be exhausting for some, but anybody having met people similar to this can find the dark humor very entertaining while someone on-screen makes you cringe and laugh. I can’t help but feel that Piper has taken something from the depths of her soul and translated it to film for our entertainment with the understanding that everybody needs love, even the loveless.

Everybody on-screen shines while daring to bring out every little loathsome quirk about their character. Leo Bill as Pete is the poster boy for the loser all women should avoid. He is aggravatingly annoying, pathetic, and hits every comical mark. Piper breathes sympathy into a character that most people would rather discard. Her look on life is so depressing and funny to us at the same time. She can’t help herself, especially with everyone she has surrounded herself with. It’s like living in the land of misfit toys just nowhere near adorable.

Piper’s title for the film is very appropriate for it is a rarity among all the other releases of this year and many others. It’s the type of film that would play the midnight circuit and gather a following if given half a chance. Rare Beasts is achingly funny, heartfelt and far from poignant, but that’s what separates it from all the pablum posing as comedy.

Rare Beasts is now playing theatrically and is also available on prime, Roku-VUDU, and AppleTV