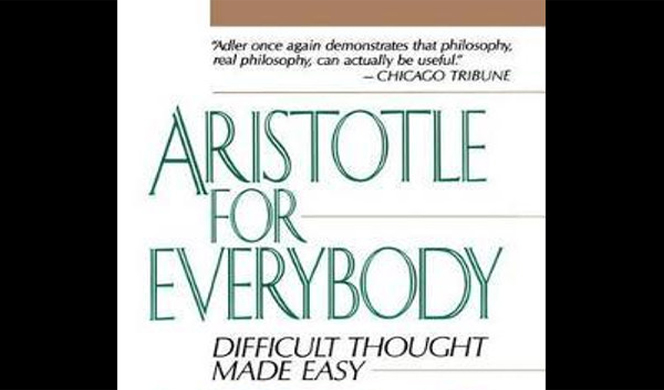 I have a certain rule of thumb with respect to the great philosophers of the past: if one is interested in Plato, go directly to Plato; if one is interested in Pascal, go directly to Pascal; and so forth.  This principle is grounded on the fact that the philosophers of old are almost always easier to understand and more enjoyable to read than their modern interpreters.  I say “almost always” because when I tried to read Aristotle on my own, this is what I came up against: ‘Everything except primary substances is either predicable of a primary substance or present in a primary substance … Of secondary substances, the species is more truly substance than the genus, being more nearly related to primary substance…’  Huh?  And yet I strongly suspected that this was more than gibberish and that it would be worth my while to get to know Aristotle’s philosophy.  Eventually I read Mortimer J. Adler’s book, “Aristotle for Everybody”, and discovered that my instincts were correct.

In the Preface to this work, which was first published in 1978, the author identifies his intended audience: ‘When I say “everybody”, I mean everybody except professional philosophers; in other words, everybody of ordinary experience and intelligence unspoiled by the sophistication and specialization of academic thought.’

In the first part, human beings are identified as “rational animals”.  This designation is best summed up in Aristotle’s own words: ‘All men by nature desire to know.’  In other words, we are scientific by nature.  Dogs and cats and birds do not wonder about the sky, for example; but we do.  Some people apply themselves to the science of astronomy more than the rest of us, but even small children will look at the moon and the stars and gape with wonder.  In the second part, Adler focuses on “Man the Maker”, which has to do with the fact that humans produce practical things like tools or decorative things like cross-stitch patterns.  “Man the Doer” relates to ethical conduct.  Man the Knower relates to the human capacity to gain knowledge, and also to the very nature of knowledge itself.  God, infinity, eternity and the immateriality of the mind are considered in the Difficult Philosophical Questions.

Nearly everything that Aristotle deals with—logic, ethics, politics, etc.—pertains to matters which are already commonly known; but he explores each topic in depth.  Of course, one is free to learn directly from the great philosopher himself, though this might not be advisable if one also hopes to understand him.  Instead, try Adler’s book, which is not only an excellent introduction to Aristotle, but an inexhaustible source of common sense philosophy in its own right—for virtually everybody. 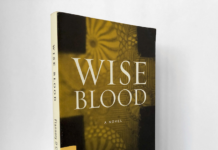 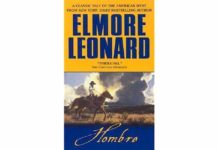 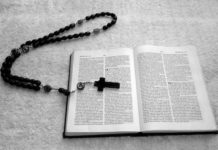 Tamara McClure -
0
Yuksters.com Announces The Funniest Kid Video Contest with a Grand Prize of $550 and Best of Show Prize of $100