I awoke this morning to a very familiar beach scenario. It was a bit overcast but with the promise of glorious sunshine to follow—at least that is what the weatherman told me.

As I headed out the door, it was with the expectation of an early morning workout at the gym followed by spending time with the shelter dogs. I was particularly interested to see which little charmer was adopted over the weekend, and which ones were still eagerly awaiting my customary red leash and the time we cuddle after the walk.

I saw that little Cosmo was still with us, but he has changed a lot in the weeks since his arrival. He is no longer cowering in the back of the kennel, but rather he runs to greet people with his tail wagging, eager to take a walk and have a lap to cuddle up in. 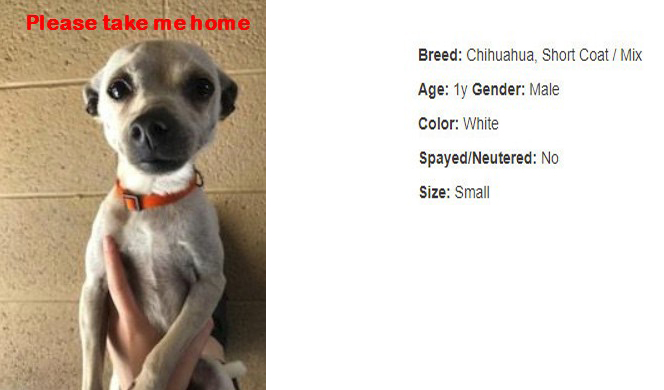 I was sad to see Lady still there. She is a little sweetheart.

At 10 years old, people acknowledge her mild and loving disposition and even the fact that she loves to have tummy rubs, but pass her by after reading her placard. 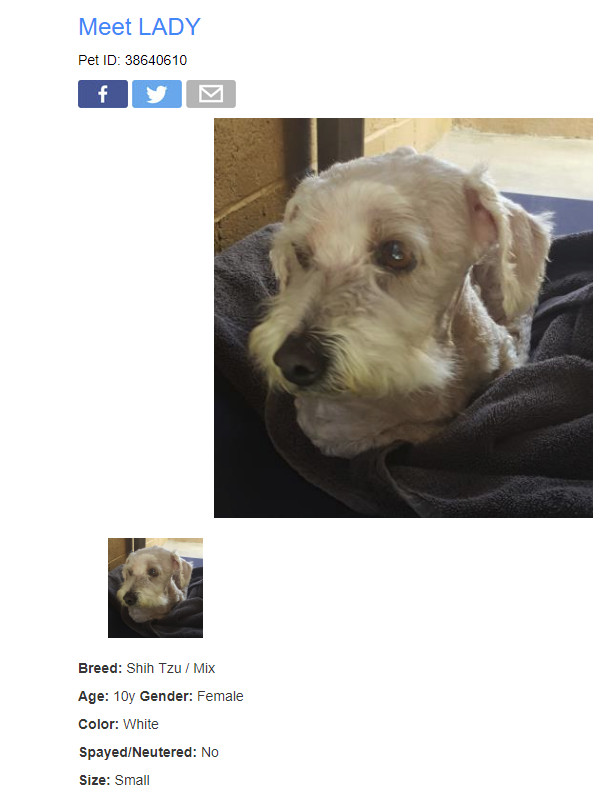 I was just finishing up another walk when I entered the kennel to see a man looking at Lady!

I immediately went into information mode and told him how sweet and mellow she is. But he beat me to it, and said he and his family had visited this past weekend and were now going to adopt Lady. I did my happy dance?

After finishing up at the shelter, I started to walk back to my car which is parked several blocks away.

A few paces ahead of me there was a lady and her daughter walking their two dogs. I watched as suddenly they both leapt into the air and screamed RAT!

They ran around what I saw to be a furry lump on the sidewalk. Upon closer inspection I saw that it was a baby possum. With little beady eyes, it looked up at me with a hopeless expression and halfheartedly bared its teeth. 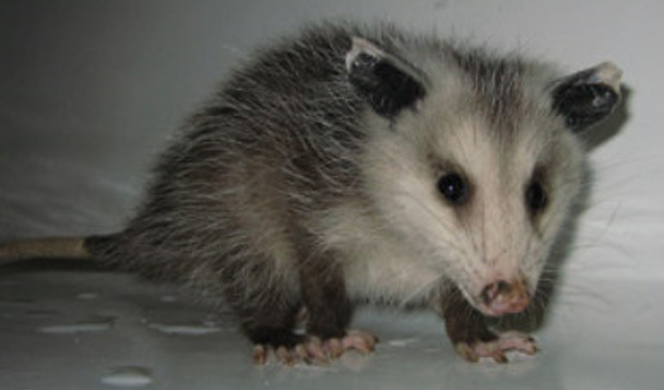 The only thing I had with me was an unused doggie waste bag. I somehow managed to collect the little guy in it and continue walking back to my car.

I don’t know if people realize that there is a marvelous Wildlife Rescue in Huntington Beach, and it’s quite close to the shelter I volunteer with. https://www.wwccoc.org/

I honestly can’t say enough about this wonderful organization. Many times I have brought injured birds to them and never have I been turned away—They are awesome!

I drove to the rescue with my little furry passenger, and once again they were there to help.

After carefully putting the little guy (or girl) in a comfortable container complete with a soft towel, they entered him into their care facility. I left him with the thought that at least he has a chance of survival now.

You know, even though possums are not packaged in cute wrappings, they are quite beneficial critters. They eat snails and bugs and mean us no harm. The fact is they are a protected species, but have somehow managed to get a bad (and undeserved) wrap.

I hope baby possum lives to tell his great grandchildren about his humble beginnings, and the saga of how he came to have a stay at the ‘hotel’ Wildlife rescue.

Shelley Stepanek -
0
Once again the fabulous Las Vegas Market will return, and bring a whole new opportunity to view the new styles and products it is so famous for.
Thrive, Inspire, Live — No Strings Attached E-News - NSAEN is a lifestyle online magazine featuring eclectic entertainment, health and wellness tips, and your playbook to Vegas.
Contact us: info@nsaen.com
© Copyright 2019 | Designed and Developed for NSAEN, LLC